The vast scale of the ice cap puts the world in its proper perspective – whether you see it from a dog sled, the sea, on a pair of skis or in a pair of walking boots.

The Greenlandic ice sheet is a gigantic ice cap that both overwhelms and astounds nature-lovers. The impressions of the magnificence of the ice and the deafening silence are memories you will never forget from your first encounter with the ice sheet.

In some places you can walk on this permanent historical monument from the last ice age, for instance at Kangerlussuaq. It is an experience that is out of this world!

Travellers looking for an extreme experience also have the chance to cross the ice sheet. It is a great challenge, requiring special permission and competence, which only a handful of bureaus have specialised in offering to customers. 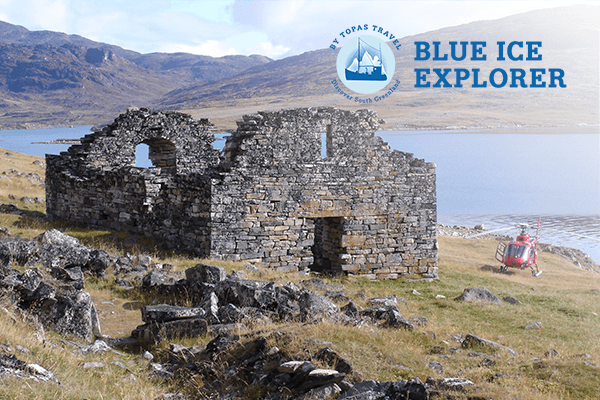 THE SIZE OF THE ICE SHEET

Greenland’s ice sheet creates enormous glaciers, which under the influence of the force of gravity are forced out towards the coasts.

Here the ice breaks off and forms the icebergs that are one of Greenland’s major natural attractions.

The ice sheet has covered large parts of Greenland for the last 2-3 million years, but active glaciers and constant melting have meant that the ice has been recycled many times.

The aging ice sheet is only a few metres thick at the ice fringe, but more than 3,200 metres (10,500 feet) thick at its highest point.

The ice contains 10 per cent of the world’s reserves of fresh water as well as atmospheric particles which scientists can use to gain an insight into the climate of both Greenland and the Earth going back some 250,000 years. “

“Greenland’s ice sheet is melting today far more rapidly than at the turn of the millennium. Many researchers think that every year the ice is losing more mass than is being created.

If the entire ice sheet melted, the world’s oceans would rise by approx. 6-7 metres (20-23 feet). Fortunately this will not happen from one day to the next.

However, at a time characterised by heated debate on global warming, a visit to the fascinating ice sheet gives even more food for thought.

The Inuit’s view of life Scroll to top