After the Second World War, Greenland became a more open country politically. There were many that wanted Greenland to become modern, and one way this could happen was through a strengthened relationship with Denmark.

As more and more Greenlanders became aware of this discrepancy, the desire to be more self-sufficient and to strengthen the Greenlandic language and local culture was spurred. Many Greenlanders wished for a Greenlandification instead of a Danification.

SUME – THE SOUND OF A REVOLUTION

In the years when these Greenlandification thoughts buzzed around in the young generation, among others, the band Sume came out with its debut album, Sumut, which means “To Where?” in Greenlandic. The album was political in nature and was produced by a record label that was known for being socialist and anti-imperial.

Sume sang in Greenlandic, which was totally different. Their songs talked primarily about cultural themes via metaphors about the wish for independence and the cultural revival of the Greenlandic people. The lyrics were representative of the times, in which people felt that Danification was a threat to Greenlandic identity and to people’s right to promote their own local culture.

Sume’s enormous popularity in Greenland meant that they were a key element to Greenlandic being a nuanced and stand-alone language.

Sume forged, first and foremost, a connection between their music and the Greenlandic spirit through song and theme, but there were also other elements that created connections between music and Greenland, in general. One of these elements was, similar to the case of choir singing, lyrics such as ”Aajai ja aai aajaa aa”. In addition to the band’s own influence, they also played a large role in terms of establishing a Greenlandic music industry on the whole, as the two lead singers in Sume each established their own record labels.

"Their songs talked primarily about cultural themes via metaphors about the wish for independence and the cultural revival of the Greenlandic people."

OUT OVER THE ATLANTIC

Rasmus Lyberth is another of the first musical artists in Greenland, and today he’s achieved some of the greatest worldwide audience of any Greenlandic musicians. Lyberth’s style is much different from Sume’s style, even though the Greenlandic identity theme is also very important to him.

He plays not rock music but rather folk music in which his voice and body language are central, and his lyrics are quite romantic about the Greenlandic nature. At the beginning of his career, when politics were dominant in Greenland, Lyberth actually got criticised for not being political enough in his music.

The political theme eventually did take a role in Lyberth’s later career, when he starred in the movie ‘Lysets Hjerte’ (The Heart of the Light, in English). He played a Greenlander who has many personal problems due to feeling split between a Danish and a Greenlandic identity.

Another band that is prominent in Greenland’s music history is Inneruulat. Inneruulat brought something new to the table as they began to use real sounds of the North Greenland landscape. For example, the sound of sled dogs and cracking can be heard in a song about how fantastic of an experience dog sledding is, and how important it is not only for transportation but also for the Greenlandic identity and for the future of the nation.

The band’s name, Inneruulat, can actually be interpreted as a political explanation in itself. It means dandelion in Greenlandic, and in the band’s high period, dandelions were a symbol for Greenland’s determination. No matter how much ‘Danish asphalt’ is poured over a dandelion, the flower always finds a way to break through to the light of day again.

The tough criticism against Danish imperialism i Greenland became highlighted through the band Zikaza in 1985. Many of Zikaza’s lyrics talk about overcoming people’s differences and disagreements and setting a new course for the future.

Such a theme can be seen as a critique of the hard tone against Danes that came through in Greenlandification and popular music of the time.

Music in Greenland has been a strong force for strengthening the power of the Greenlandic language in a time when its vitality was thought to be threatened. Its development continues still to this day as artists build a richer poetic expression, further strengthening the bond between music and Greenland.

As a closing example of a metaphor that can be understood locally, there is a song called “Puttaarunnaaq” (which means ‘floating ice’ in Greenlandic) written by Pilu Lynge and sung by Kimmernaq Kjeldsen. The song is about a game one plays in spring when the sea ice is breaking up and floating in pieces – hopping from ice floe to ice floe. This life-threatening game is a metaphor for living a dangerous and risky lifestyle.

Read more about Greenlandic music at our music site. 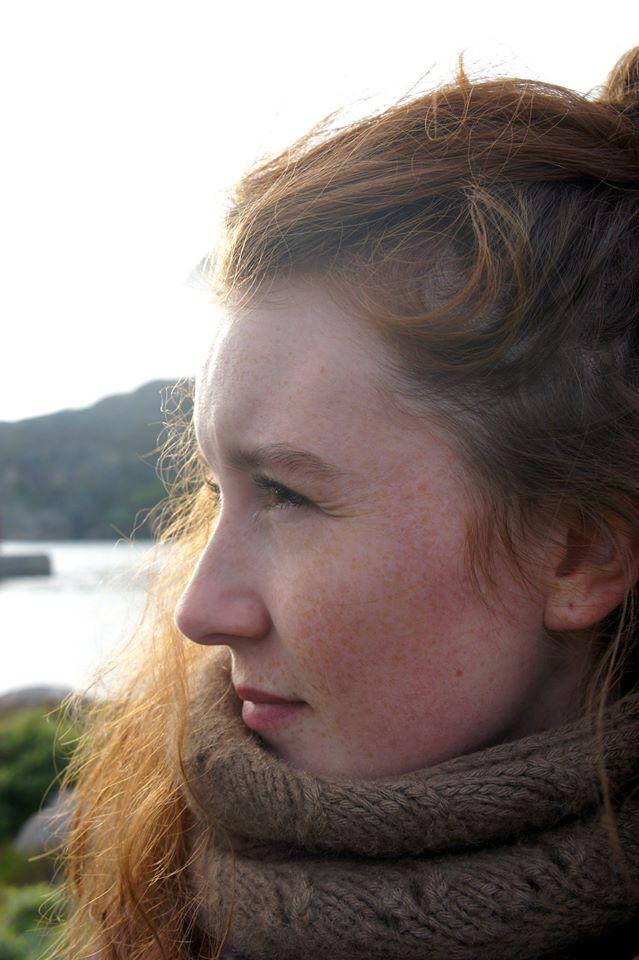