Why you want a Greenlandic woman in your corner

Greenlandic women have always played a strong role in society and we highlight them a little extra in celebration of International Women’s Day, 8 March

Women hunt their own food

There are so many groups of friends that go out on female-only hunting trips for reindeer or ptarmigan. They sail into the fjord together and spread out over the backcountry to walk as many kilometers as needed – one way with just their rifles and rucksacks and the other way with dozens of kilos of animal on their backs.

In the traditional lifestyle (think: in small northern and eastern settlements), women are the ones who make fur clothes for the hunter in the family to keep him warm on the ice; they also make items like the sled dog harnesses to aid the hunters’ transportation. And it is women who cut and prepare the fish and meat so that all can eat and, in old days, burn oil for light and heating.

In the more modern side of Greenlandic life (think: in the capital city), women are also leading society. Three of the five municipalities are led by female mayors and 10 women sit on Greenland’s Parliament. Also both of the Greenland representatives in the Danish Parliament are – you guessed it – women.

According to Greenland in Figures 2021 by Statistics Greenland, 1 out of 10 men choose to start a higher education, while the number for women is 1 out of 5.

In the private sector, handfuls of local boutiques, tour companies and small businesses are owned by women all throughout the country.

Physical strength and conditioning is highly important for Greenlandic women. At the country’s only CrossFit affiliate, located in Nuuk, 62% of the box’s several hundred members are women (2018).

Women are your ticket to transportation 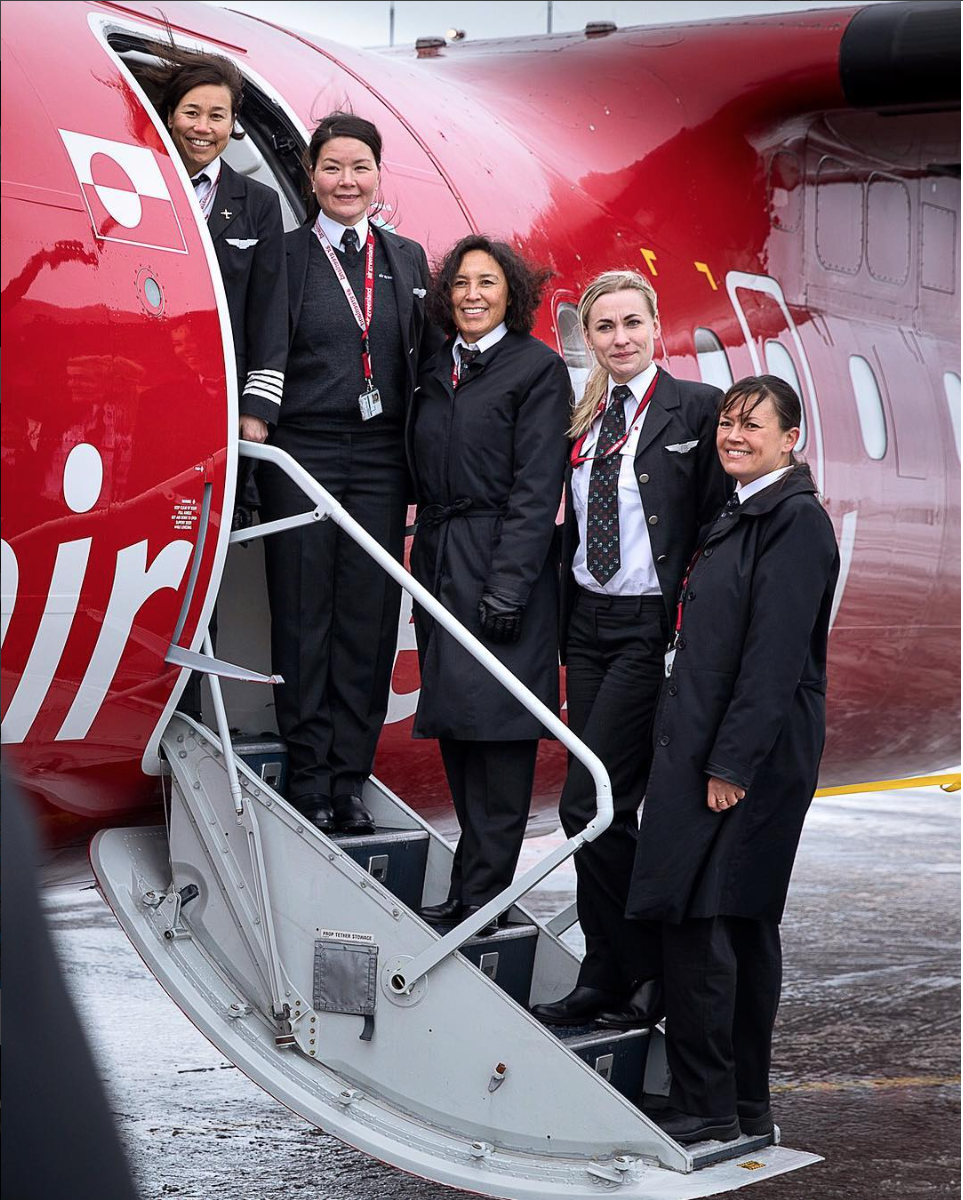 In a country with no roads, air transport plays a central role in connecting the country. If you are lucky, the person flying you to and from just might be one of Air Greenland’s five female pilots.

Sarah is a former Visit Greenland employee who now continues the adventure as Destination Manager in South Greenland.