A tough woman in a strongly male-dominated universe

Arnarulunnguaq is a name that few people probably know (let alone know how to pronounce!). But in Greenland she is a well-known figure, even though she only reached 37 years old – and her great achievement happened a little over a hundred years ago. As the only female arctic explorer, she participated in the famous 5th Thule expedition from 1921 to 1924, led by the legendary expedition leader Knud Rasmussen. A long and physically demanding arctic expedition of 18,000 kilometres, which stretched over Arctic areas such as Greenland, Northern Canada and Alaska.

An almost inhuman feat for which she was also rewarded. Among other things, she was honoured with a silver Medal of Merit by King Christian X – and even the then President of the USA, Calvin Coolidge, wanted to meet her. 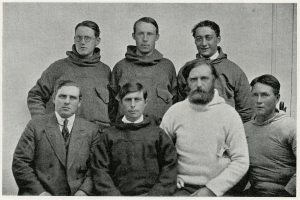 Reborn as a seven-year-old

But who was this female adventurer Arnarulunnguaq, who participated in the heavily male-dominated Fifth Thule expedition, yes, by accident?

The arctic explorer Arnarulunnguaq’s life began brutally. When she was only seven years old, she lost her father. This was a catastrophe for her family, as it was common practice for the man in the family to be the provider. And since there was no help available, the mother had to support herself and her four children. There was no way around the fact that one of the children needed to be sacrificed. And since Arnarulunnnguaq was the youngest and also a girl, she had to be sacrificed first. 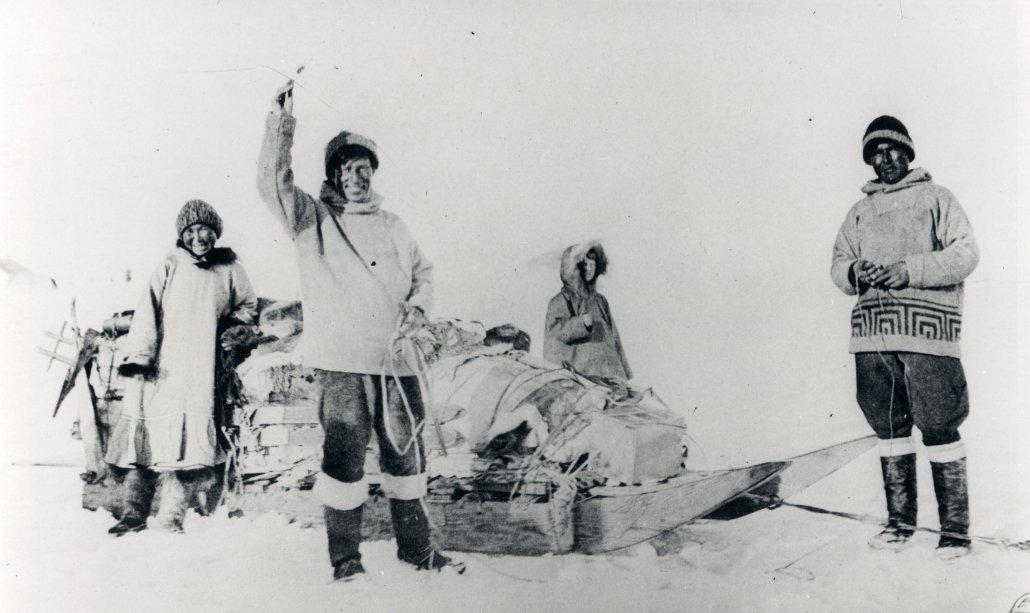 According to the arctic explorer Knud Rasmussen, she had to – in line with tradition – put the rope around her neck herself, in order to show her understanding of the situation. In this extremely tragic situation, her brother, Ajako, burst into tears, and in the end their mother could not go through with it. Arnarulunnguaq saw this incident as a rebirth, which gave her a special attitude towards life:

“She says herself that the gratitude that she came to feel many years later, and the life she had almost received as a gift, has made her placid towards people.”

The deaths in the family did not stop here, and Arnarulunnguaq got another leading role, albeit somewhat more positively than the first time. Her brother, Ajako, was scheduled to take part in the 5th Thule expedition, but for unknown reasons he died. As a replacement, Arnarulunnguaq was selected alongside her husband, the hunter Iggiannguaq – but he died just before the dog sledding expedition started in Nuuk. Nevertheless, she chose to continue being a participant in the expedition, together with a mix of Greenlanders and Danes. In addition to the expedition leader Knud Rasmussen, another well-known arctic explorer was also present – namely Peter Freuchen. Residents from Avanersuaq (the region around Qaanaaq) participated in the Greenland expedition as hunters, dog handlers, seamstresses and cooks.

“…Iggiannguaq’s widow has, of course, taken her husband’s death very hard. I have given her the option to return to Thule… Today she has asked me if she can be allowed to continue, as she would consider it unbearable to live among strangers here in South Greenland indefinitely… I am very happy that she will continue… she is… the most skilled woman we have with us.”

Preparing food in minus 50 degree temperatures

On September 7th 1921 the dog sledding expedition began, and more than 18,000 kilometres had to be covered before they would reach the finish line.

At the beginning of the expedition there were over ten participants, but by the expedition’s end, it was only Knud Rasmussen, Arnarulunngaq, and her cousin Qaavigarsuaq who had been present all the way through.

Knud Rasmussen writes, in “The Great Sled Journey”, that Arnarulunnguaq and Qaavigarsuaq are the only Inuit who have visited all the Inuit in the Arctic.

The world-famous expedition leader was well aware that one of the reasons that this extremely demanding dog sledding expedition could be completed at all, was because of active participation by Arnarulunnguaq. He reports this to the women’s magazine “Women of the Time” after the expedition, where he puts into words the unfathomably large effort she made. 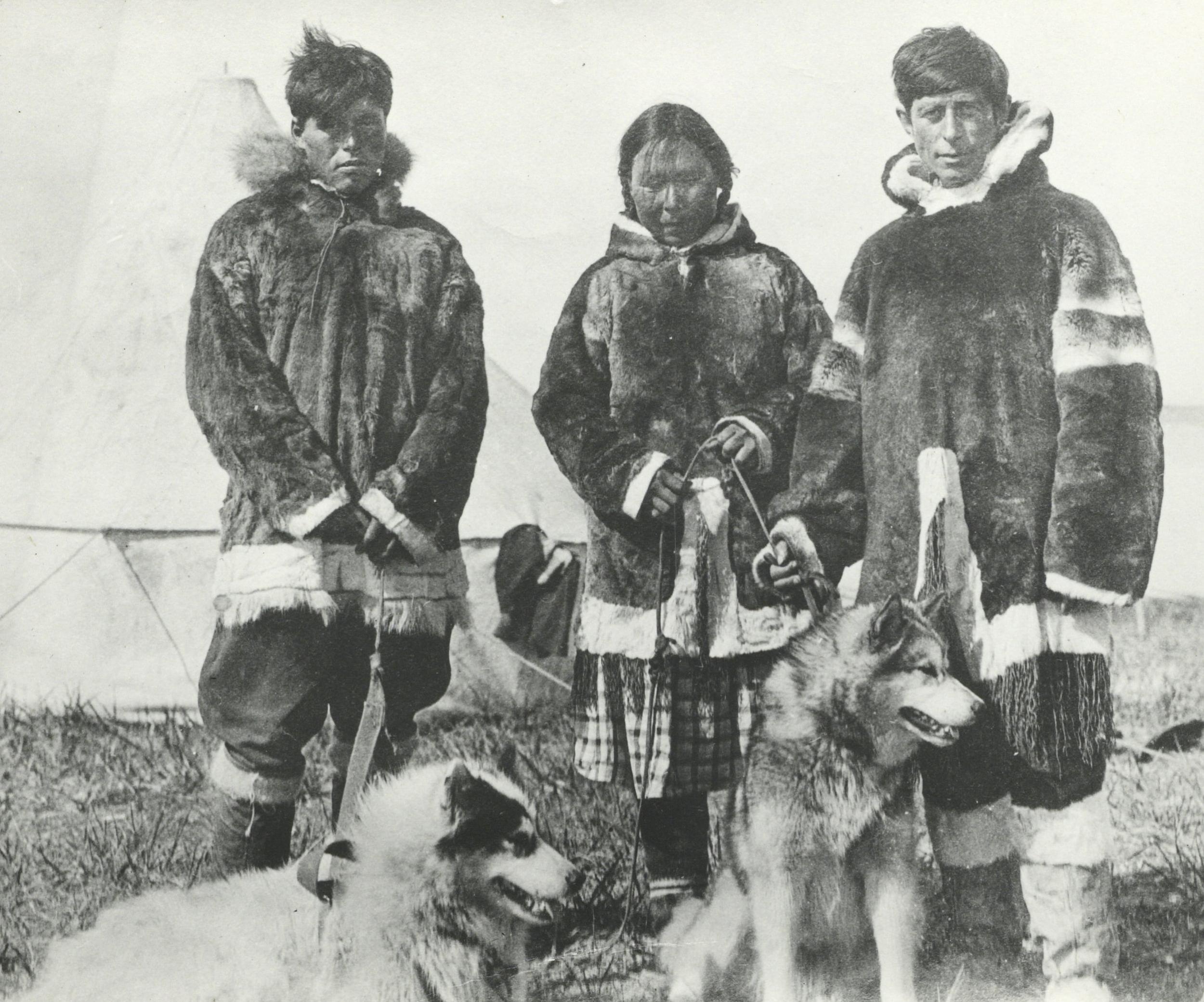 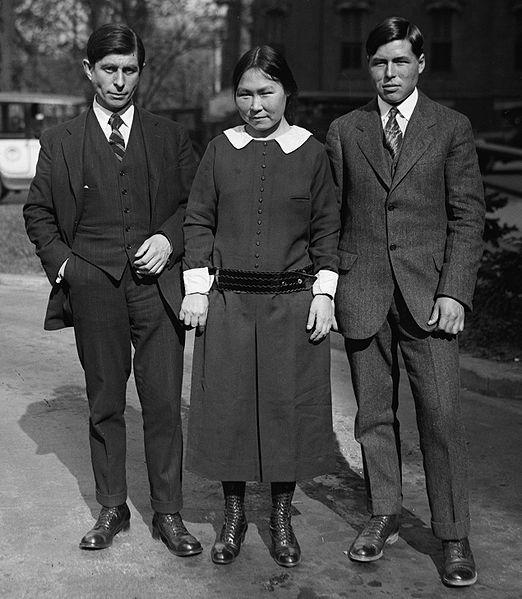 In the magazine, Knud Rasmussen describes her as a person who showed great skill and care in keeping their skin clothes in order, while in the evening, after a hard day’s traveling with the sleds, which she had to help pull just as much as the men, she subsequently had to prepare the food, and dry and repair their skin clothes, which were vital in temperatures of about minus 50 degrees Celsius and strong winds.

In addition, Knud Rasmussen also focused on her unusual ability to observe, which made her useful in botanical collections, conservation of zoological objects and in archeological excavations. Overall, Arnarulunnguaq is probably the participant on the Fifth Thule expedition who is presumed to have had the most roles during the expedition.

Arnarulunnguaq is a rolemodel for many women

The saying “behind every great man, there’s a great woman” fits like a woman’s foot in a kamik, when you consider the enormous effort that Arnarulunnguaq made in connection with the world’s longest dog sledding expedition in Greenland – and for which Knud Rasmussen got most of the glory from the outside world.

Arnarulunnguaq means “the little woman”, although she was, figuratively speaking, a “great woman” – and a rolemodel for many women since then, because of her ability to pave new ways in more than one sense.

In the world of culture, she has also been hailed. Here is an excerpt from Aqqaluk Lynge’s poem ”The Little Woman”: 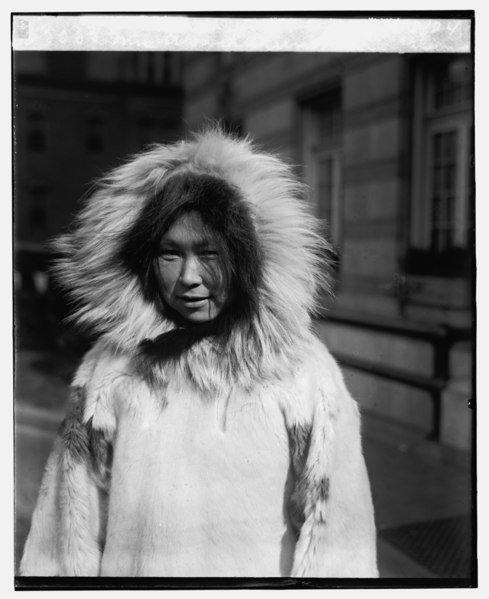 MA in Political Science and journalist is based in Nuuk and has worked many years in communication roles  at the Government of Greenland. 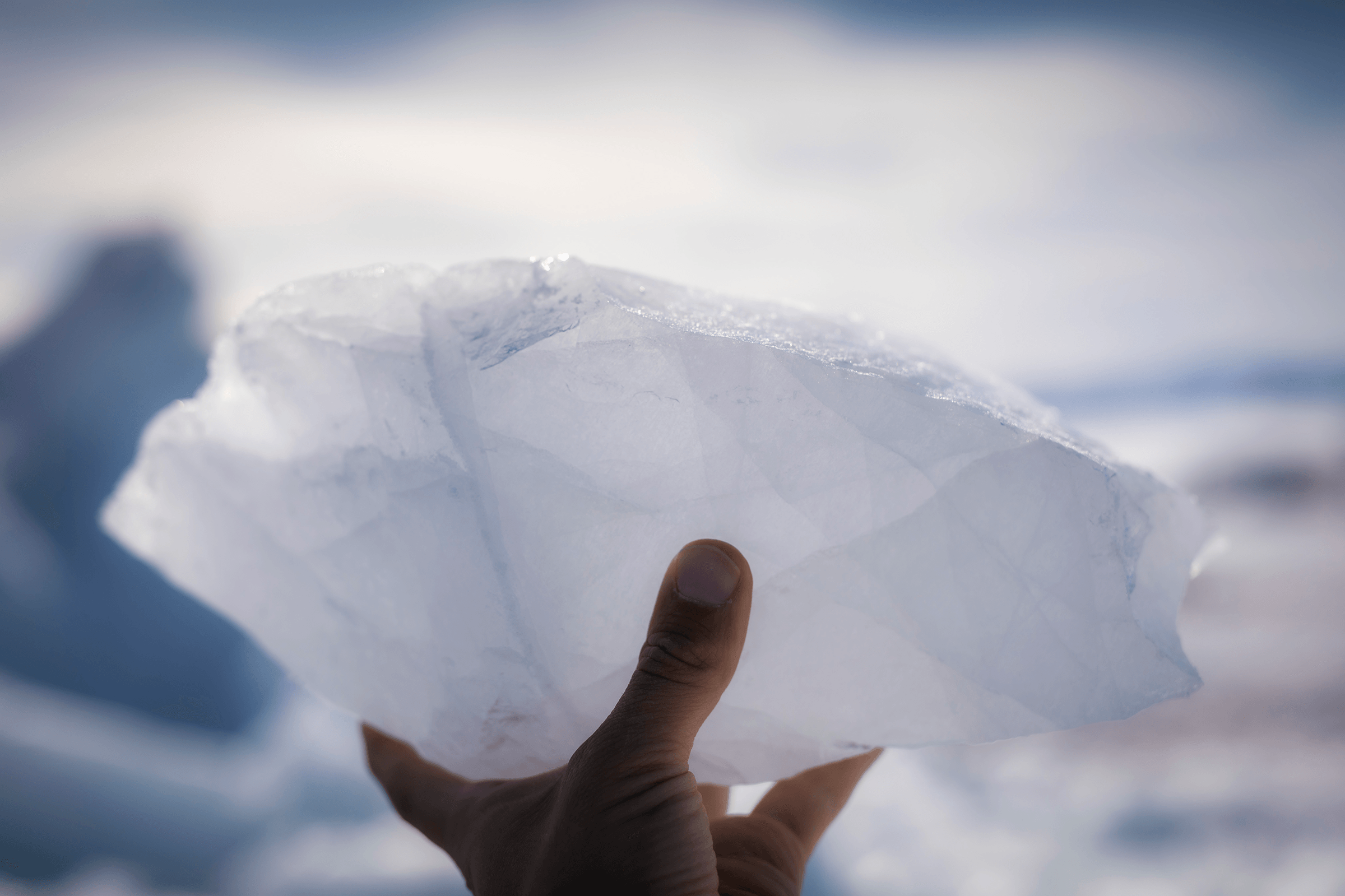 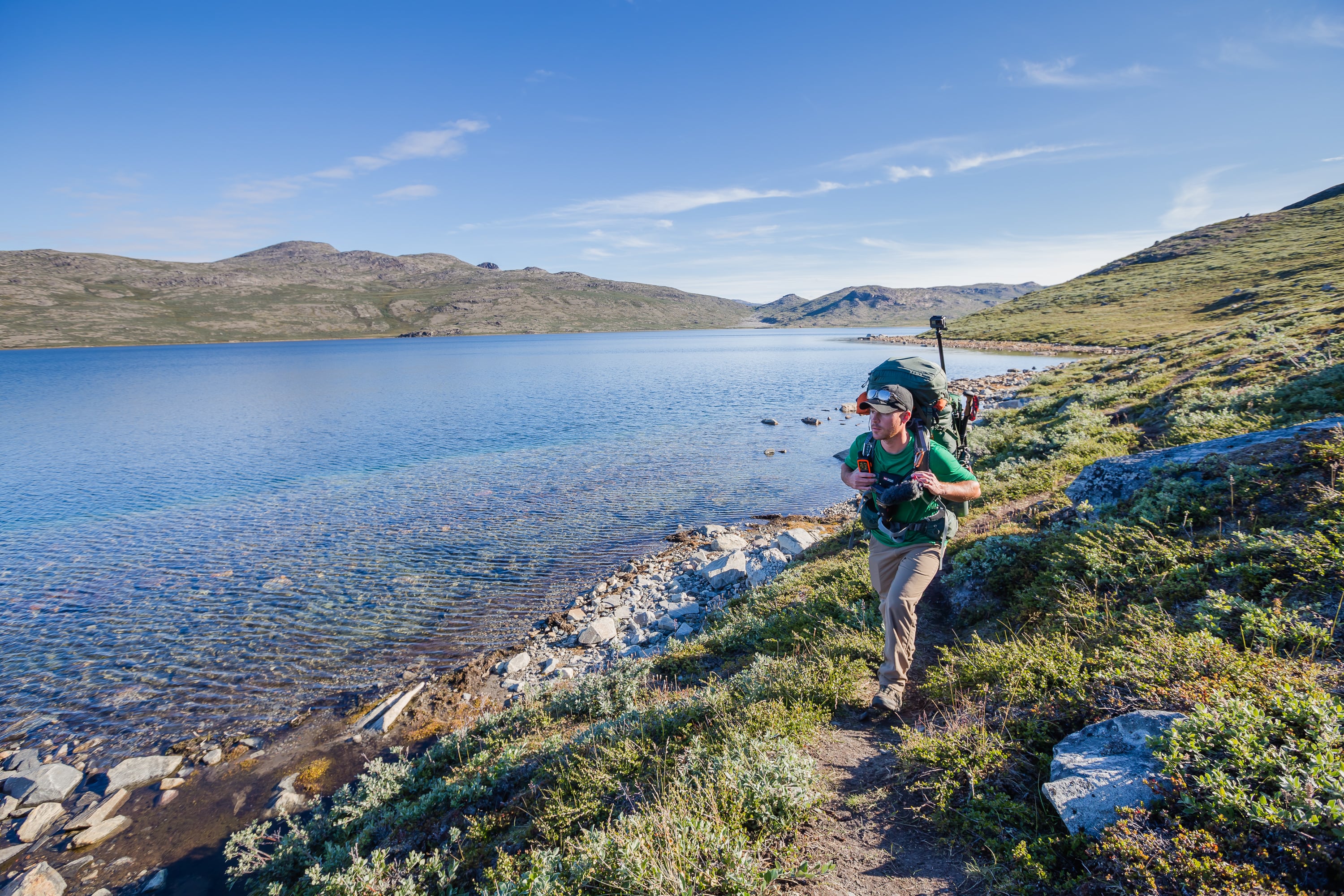 Load more articles
The light in the darkness