The Greenlandic insect fauna is relatively few in species. Only about 1200 species of insects, spiders (Arachnids) and other small animals are known. In comparison, about 20 times as many species are recorded in Denmark.

The isolated location and Arctic climate naturally limit the number of small animals.

Here are some of the most common and visible insects (six-legged) and spiders (eight-legged). The more troublesome of the kind are the well-known insects, mites and numerous species of flies that can be quite bothersome during periods of quiet and warm weather during the summer. 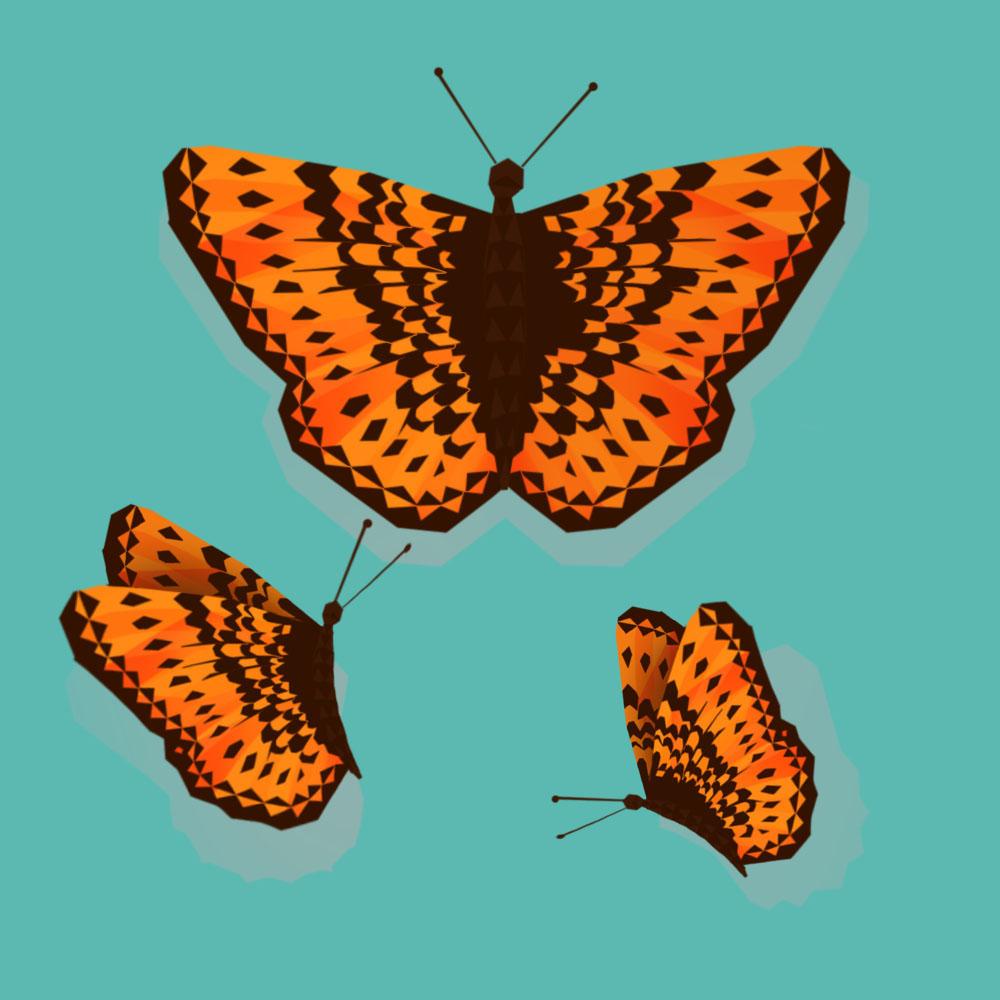 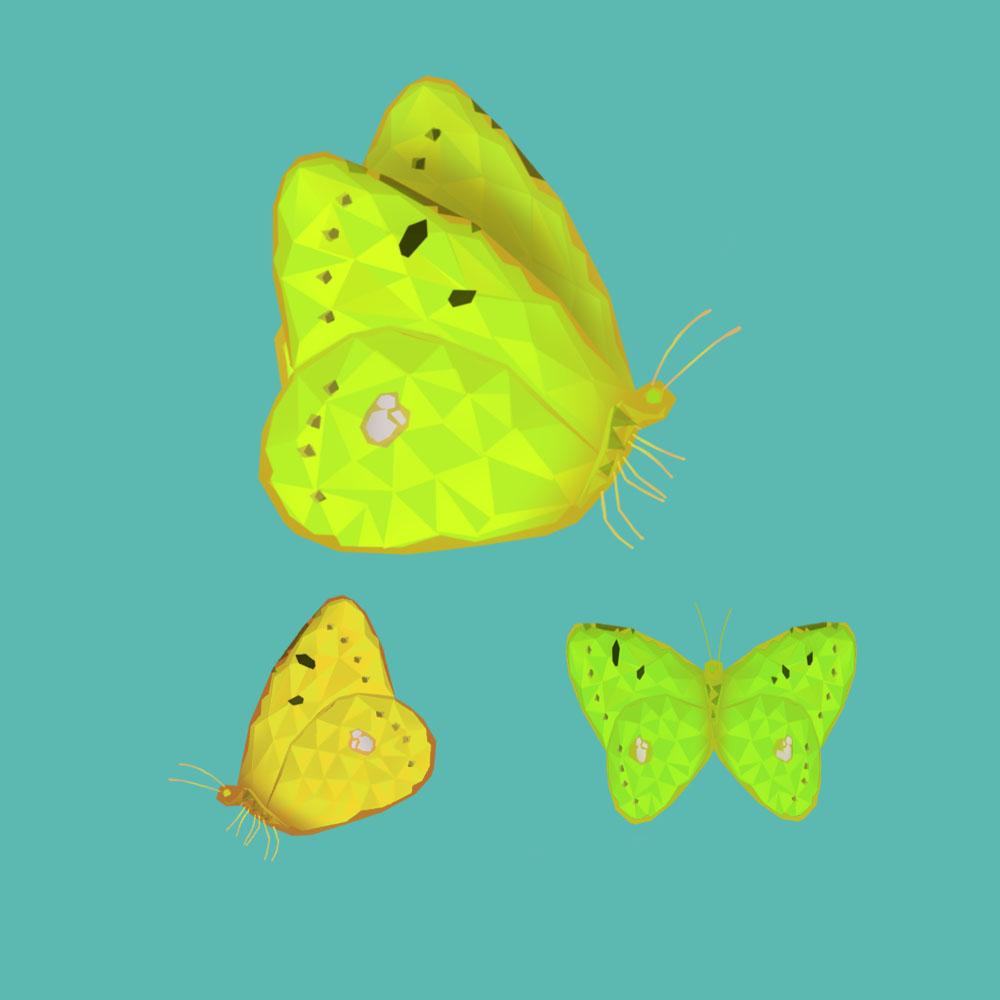 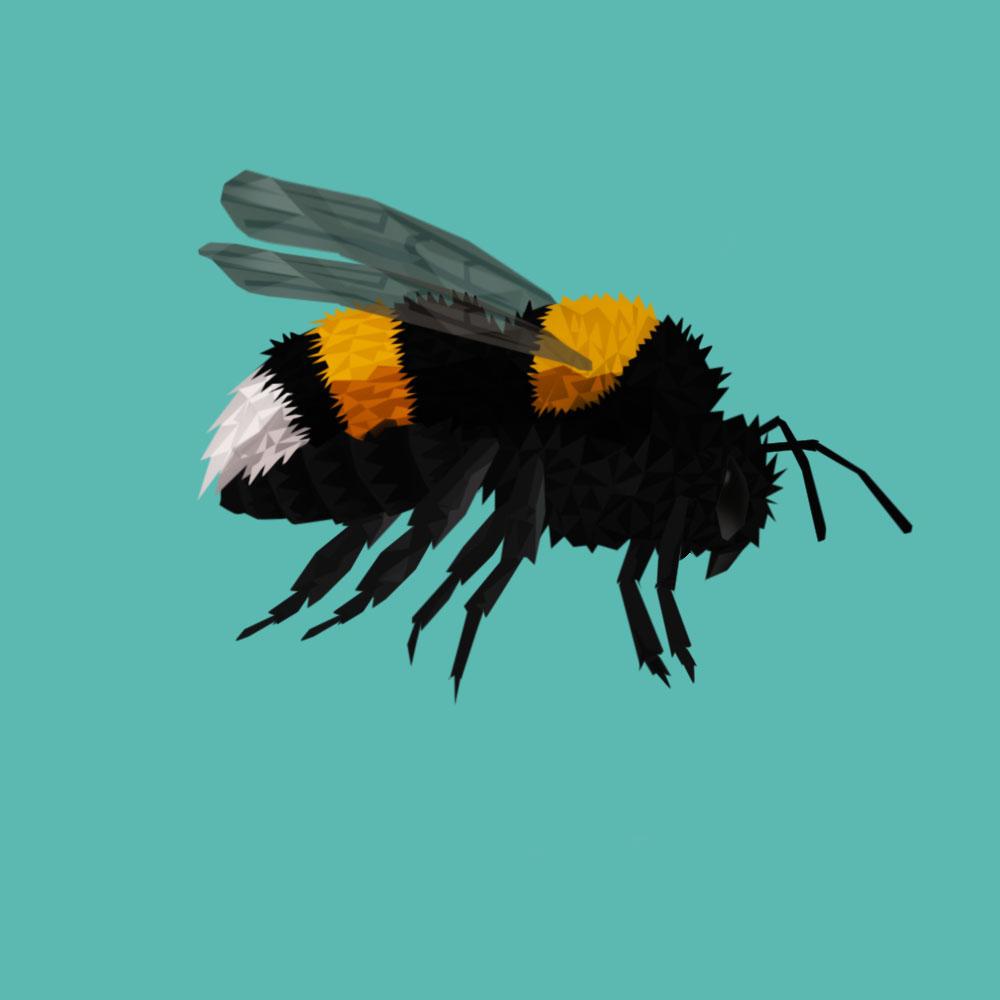 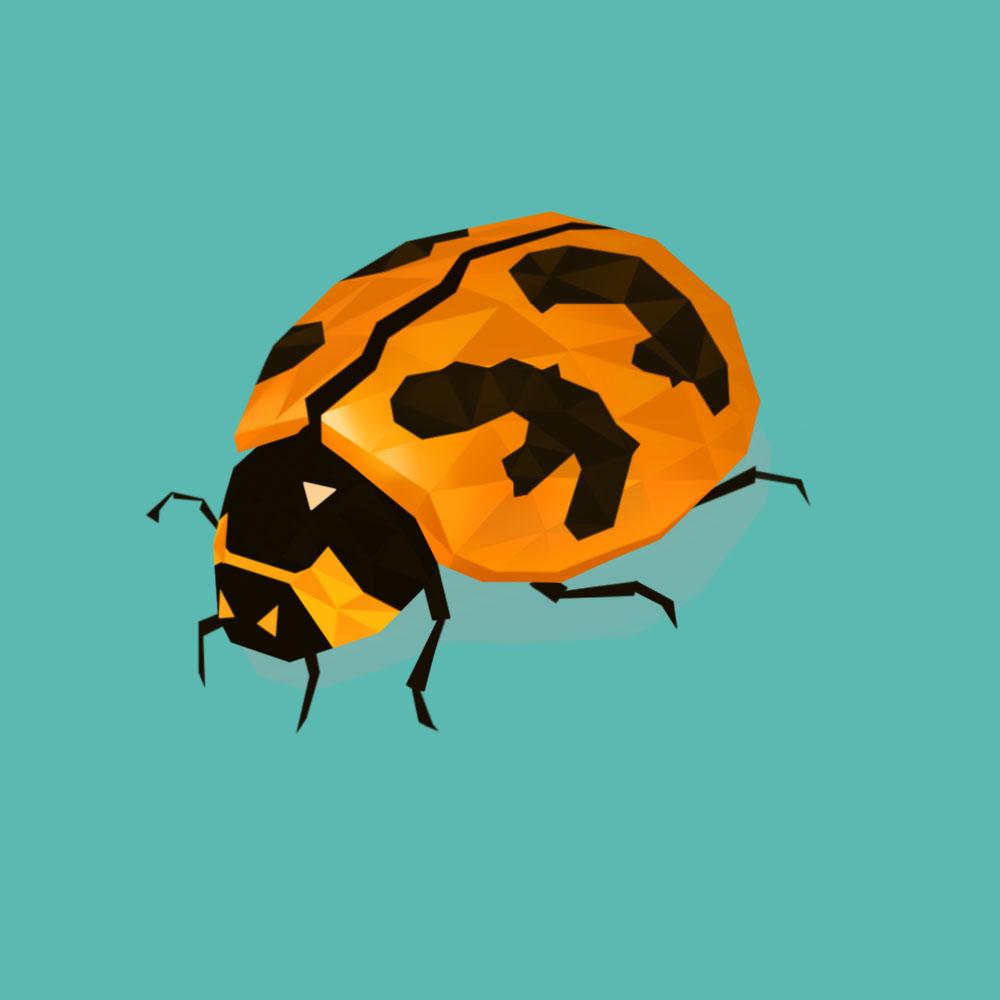 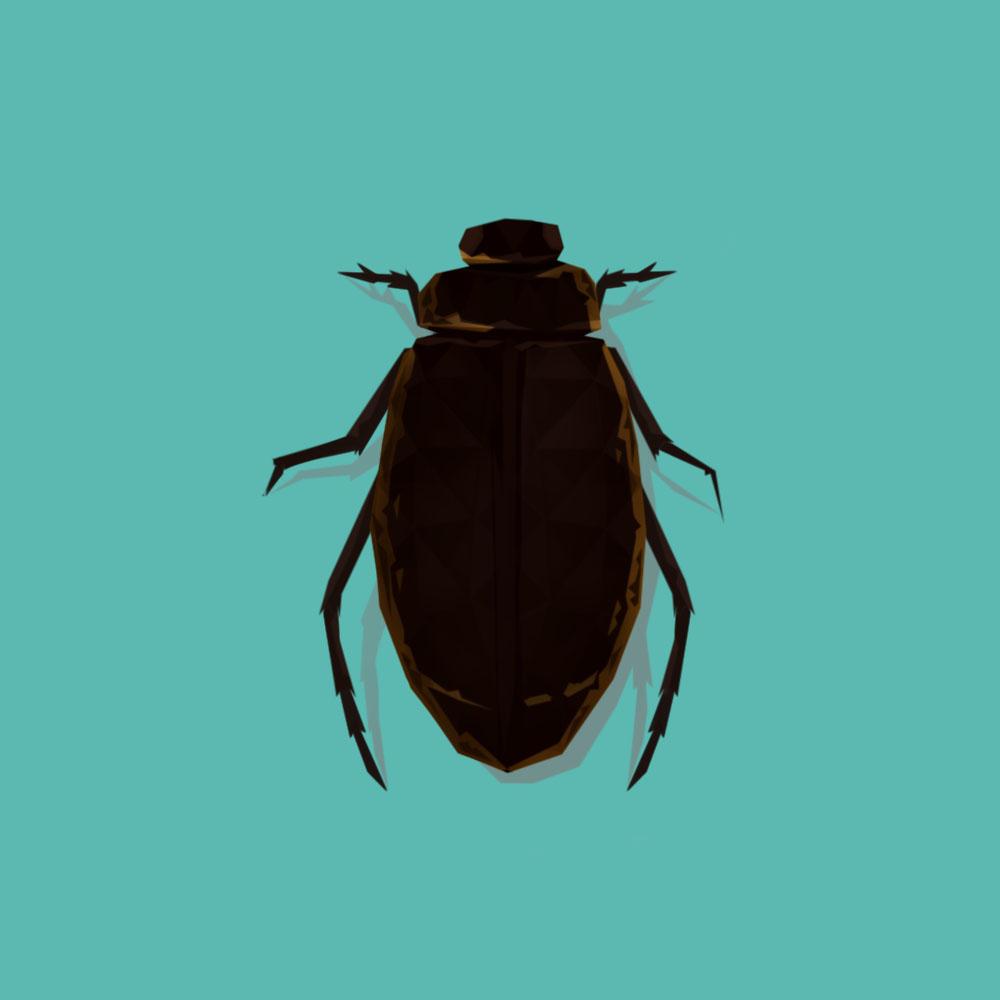 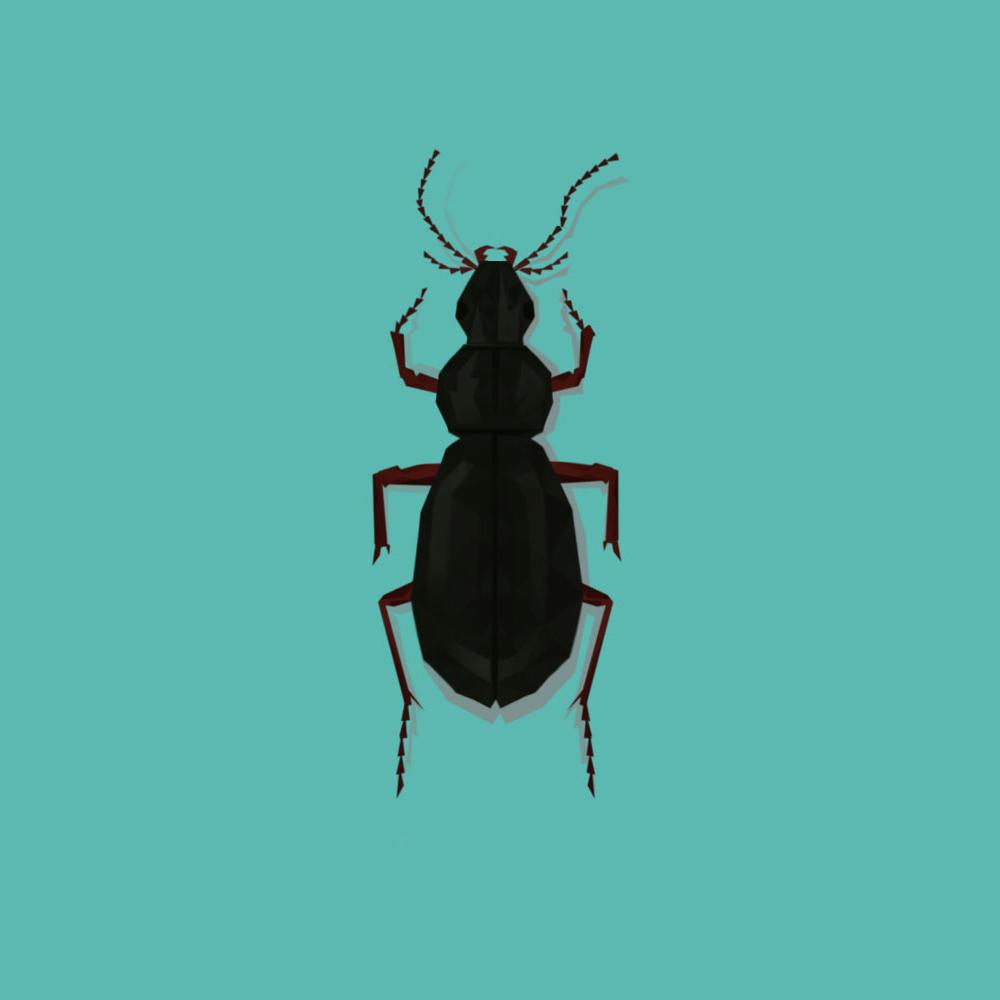 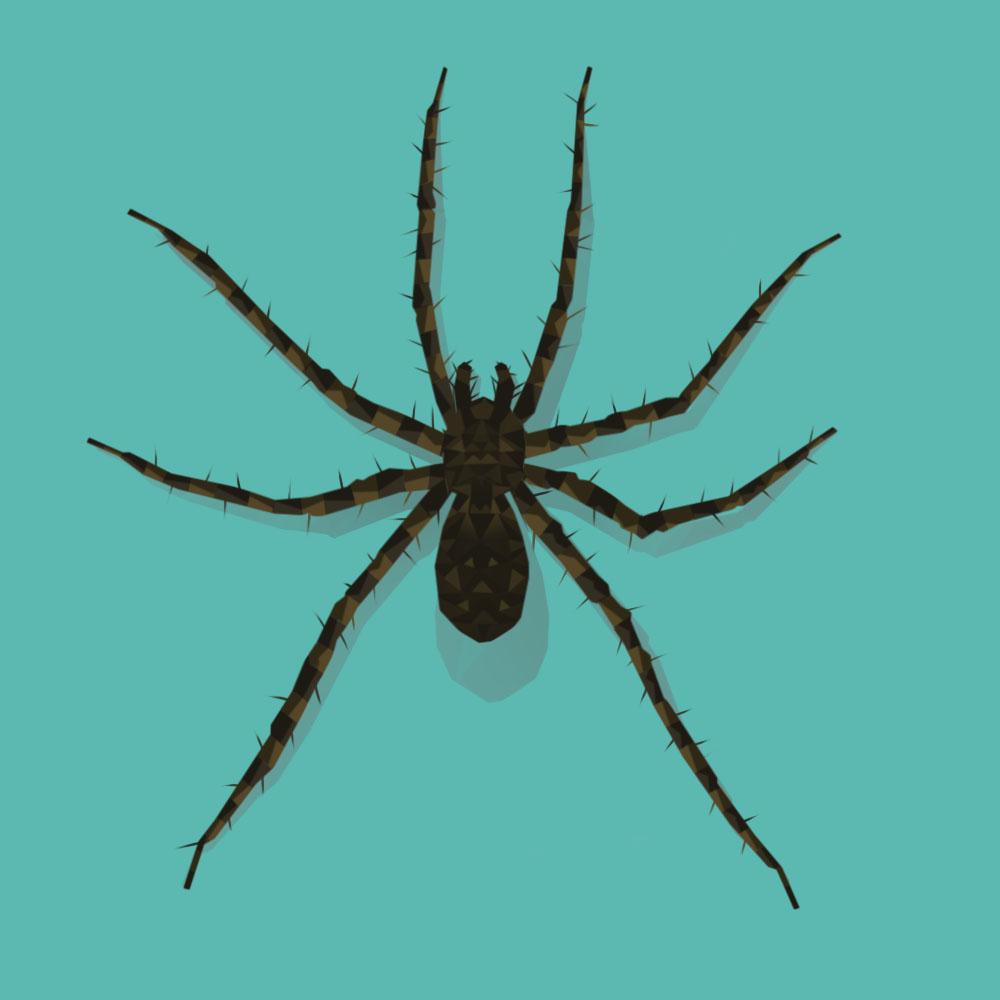 The Arctic fritillary is the most common of Greenland’s only five butterflies. It is a beautiful orange colour with a pattern of black, irregular and V-shaped spots. The underside of the wings has mother-of-pearl-shiny white spots, its wingspan is 3-4 cm, and the female is usually darker than the male.

The Arctic fritillary is found in flowery and relatively dry mountain areas throughout Greenland, in the south, however, only in the high mountains. Climate change can make life difficult for this species and other high-arctic insects that have adapted to cool summers.

The butterfly’s flight time is from late June to August, where most of the time is spent finding a mate, sucking nectar or sunbathing. The eggs hatch in late summer, and the larvae are greyish brown with bright spikes and black hairs. They gorge themselves before going into winter hibernation until spring when they pupate. It is believed that larvae host plants include willow and mountain avens but are otherwise little is known about the biology of the butterfly in Greenland. 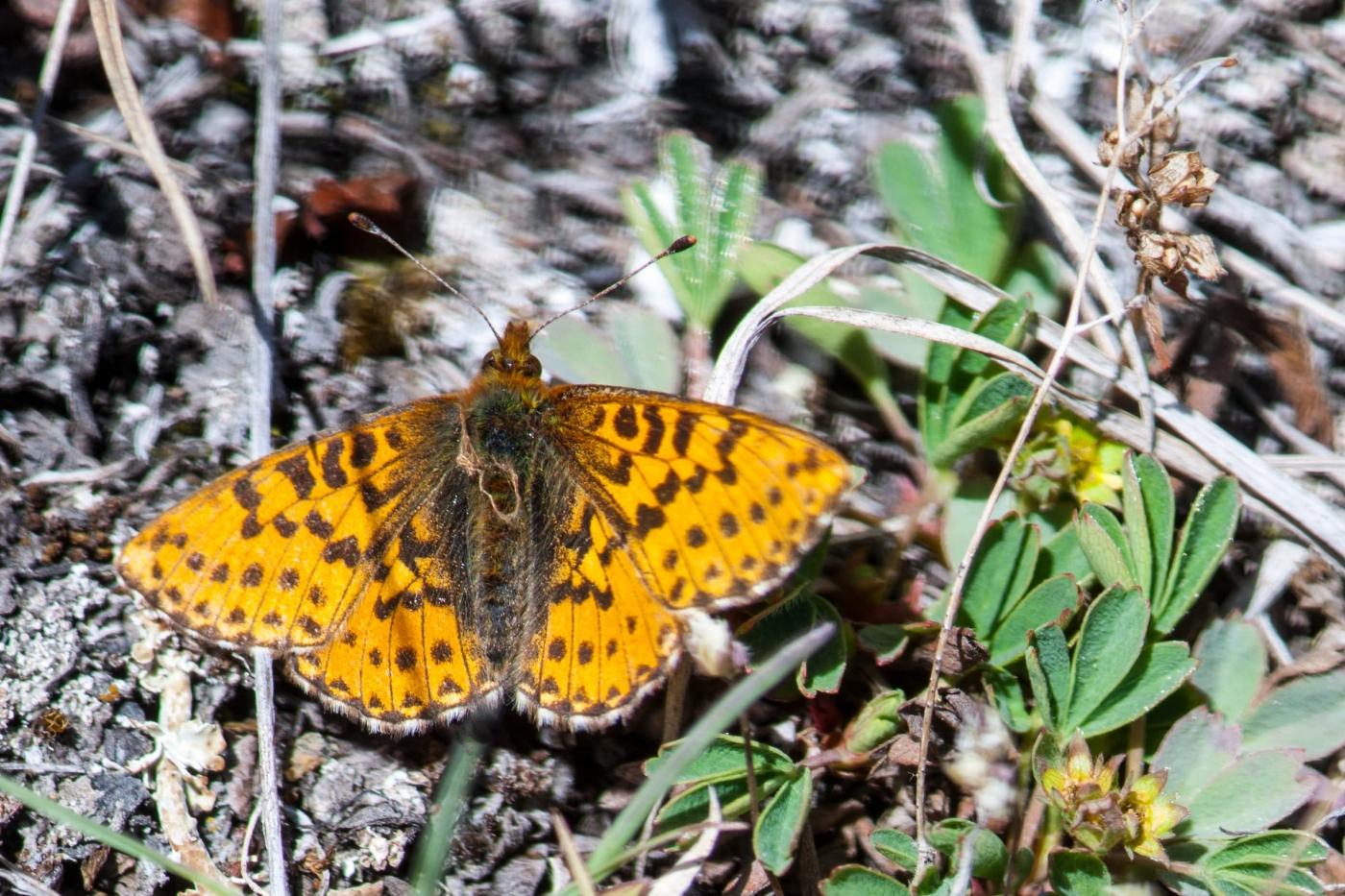 The Arctic fritillary is very similar to the Polar fritillary, which only lives in the high Arctic North and Northeast Greenland.

An eye-catching butterfly, where the male’s upper side is markedly orange-yellow with dark wings. The female is slightly duller, but with distinct yellow spots on the dark wing edge. Both sexes have an orange-red spot in the middle of the hind wings, and the underside of the wings is yellow-green framed by a pink line with a wingspan of 3-4.5 cm.

The northern clouded yellow has the same prevalence as the Arctic fritillary but is rare in Southeast Greenland.

The adult butterflies have flight time from late June to August. They fly low over the warm ground surface and usually settle with folded wings, while the other species have widespread wings when “sunbathing”. The larva is green with white-yellow lines along the body. 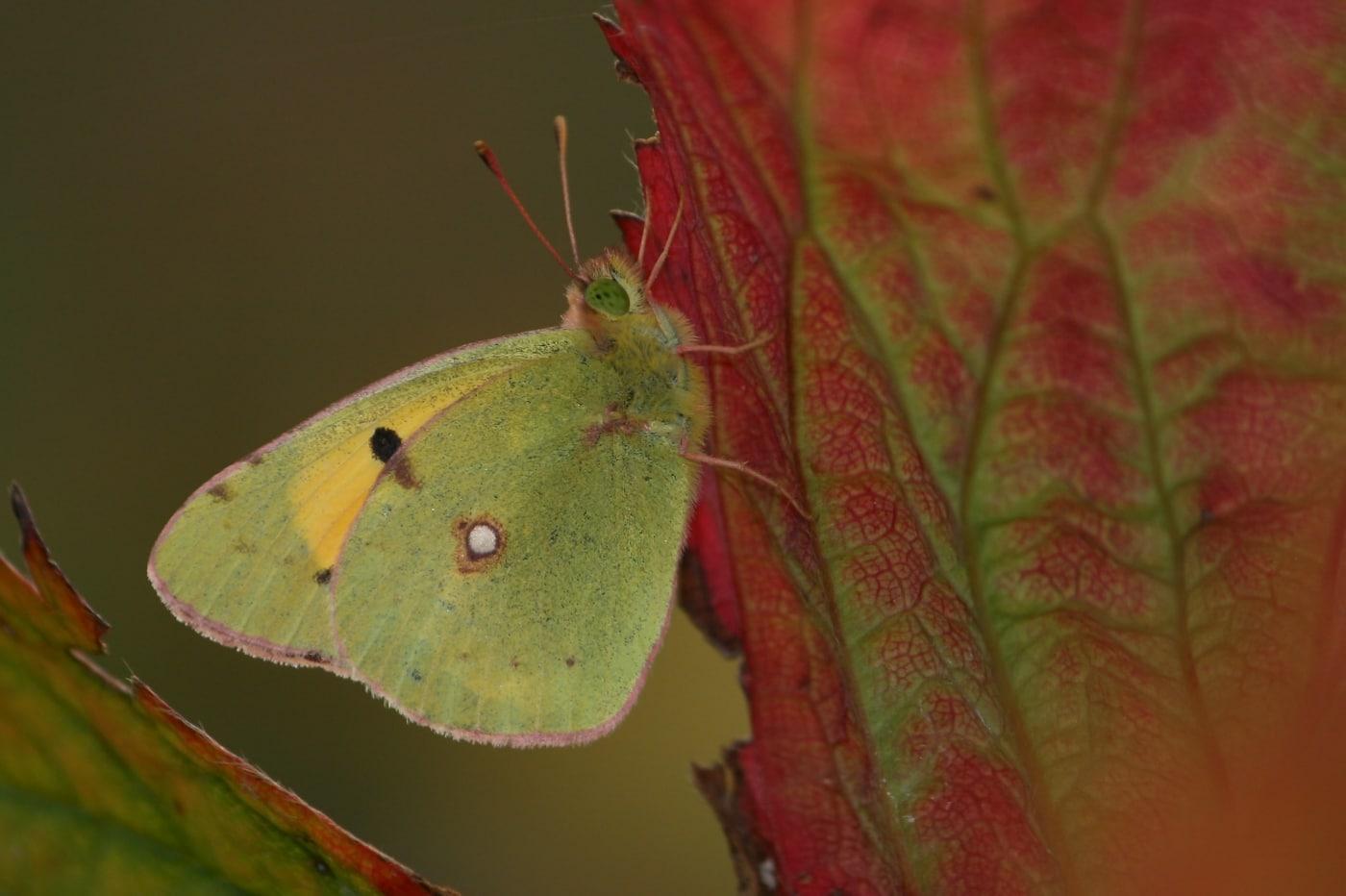 The Arctic bumblebee is a thick-haired bumblebee with transverse bands of yellow-orange and black-brown hair. It is widespread throughout Greenland, but to the south, it is seen mainly high up in the mountains.

Arctic bumblebees are social insects that build year-round “communities” in small mounds of moss. The queen lays eggs, and the smaller worker bees make sure to collect pollen and nectar and keep the nest in order.

At the end of the summer, it is not only the worker bees that hatch, but also the males (drones) and new potential queens. After mating, the drones die while the fertilized queens hibernate for the winter. Next spring, the queens will be seen flying around again, while the country is still covered in snow, looking for a new nesting site.
Arctic bumblebees have a lethal cousin: the northern bumblebee, which looks very similar but is a ferocious nest invader. The slightly larger northern queen enters the home of the Arctic bumblebees, kills the queen, takes over the workers and makes them slaves to raise her own young.

Fun Fact: You may have noticed that in many Greenlandic towns, you can find locally produced honey. This honey is produced in Narsarsuaq and funnily enough, by the imported kind of bee, European dark bees. If you want to taste the Arctic honey, it can be purchased across the country. 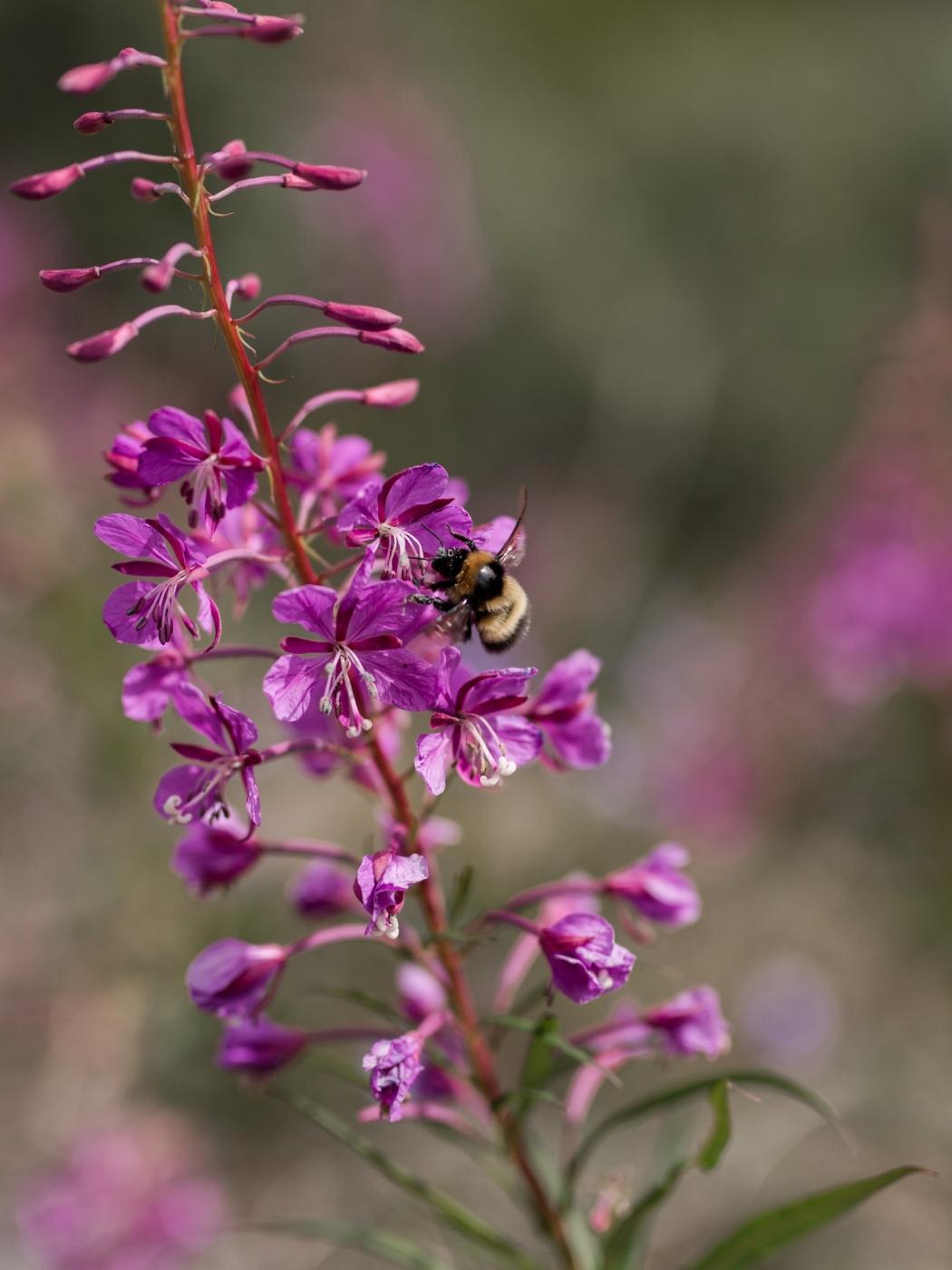 A 4-6 mm red lady beetle with four black spots. When newly hatched, it is completely yellow and soft.

The transverse lady beetle is widespread in large parts of Greenland except farthest to the north. Its bright colours are a warning to predators (birds) that it is toxic, which it is not.

It is most frequently seen in the inland dry heaths, especially dwarf birch heaths. The adults overwinter and lay eggs in the spring. Adults, larvae and pupa are often seen together. Both adults and larvae feed on aphids and scale insects.

There is only one other lady beetle species found in Greenland, the somewhat smaller (2 mm), brown and black, hairy Nephus redtenbacheri, which can be numerous in scrub and grassland in South Greenland. 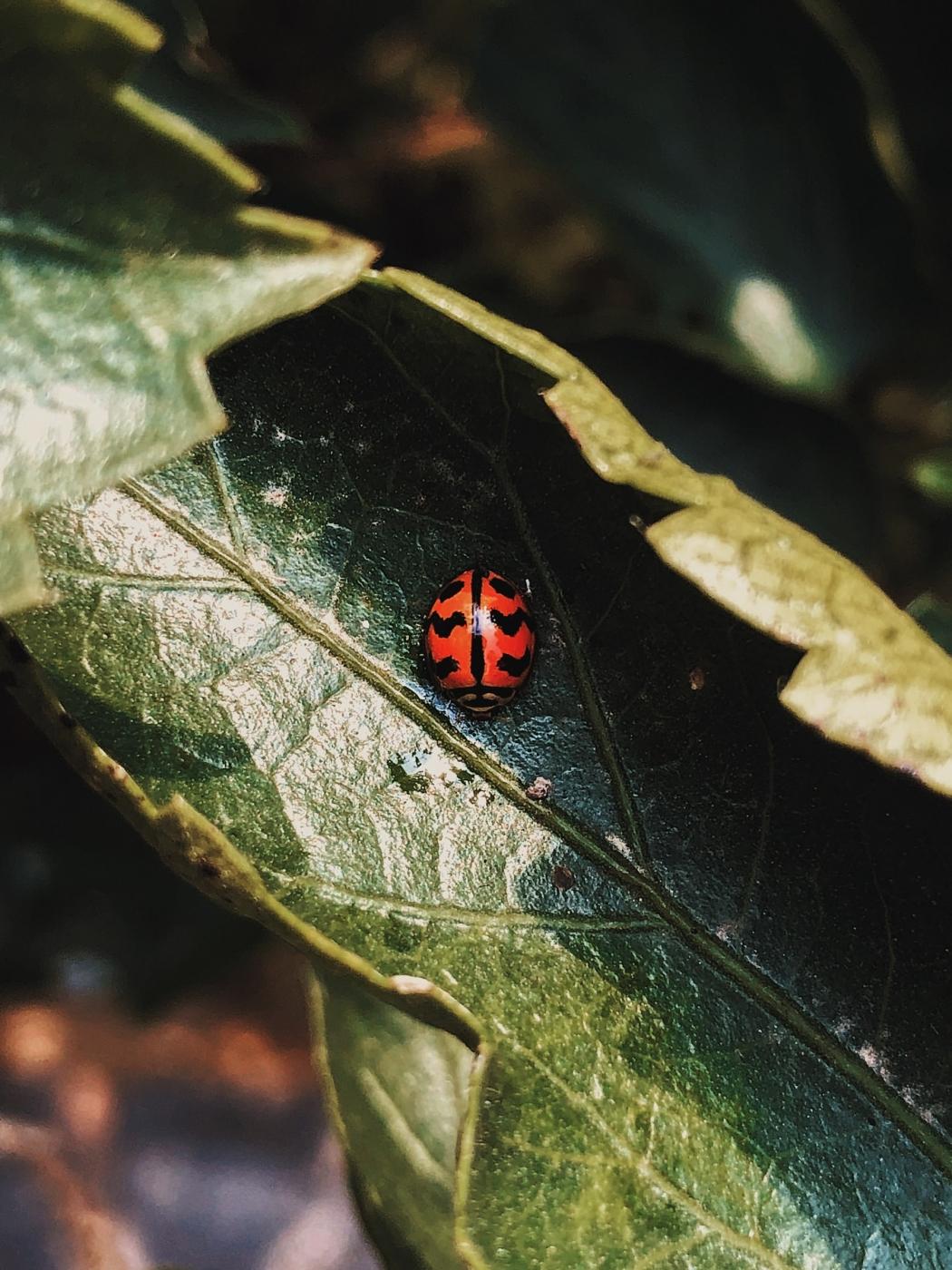 This aquatic beetle is Greenland’s largest beetle (13-17 mm). It has a rounded body with black, hard wing covers and large, hairy hind legs used as swimming legs. The larvae look like tiny crocodiles.

The diving beetle is widespread in lakes and water holes throughout Greenland except farthest to the north. It is most visible when it reaches the surface to breathe.
Larvae and adults often live together in smaller lakes, but in late summer the adults fly to larger lakes that do not freeze, where they can survive all winter with a single air bubble.

They are ferocious predators that attack many kinds of prey, such as crustaceans that are often much larger than themselves. 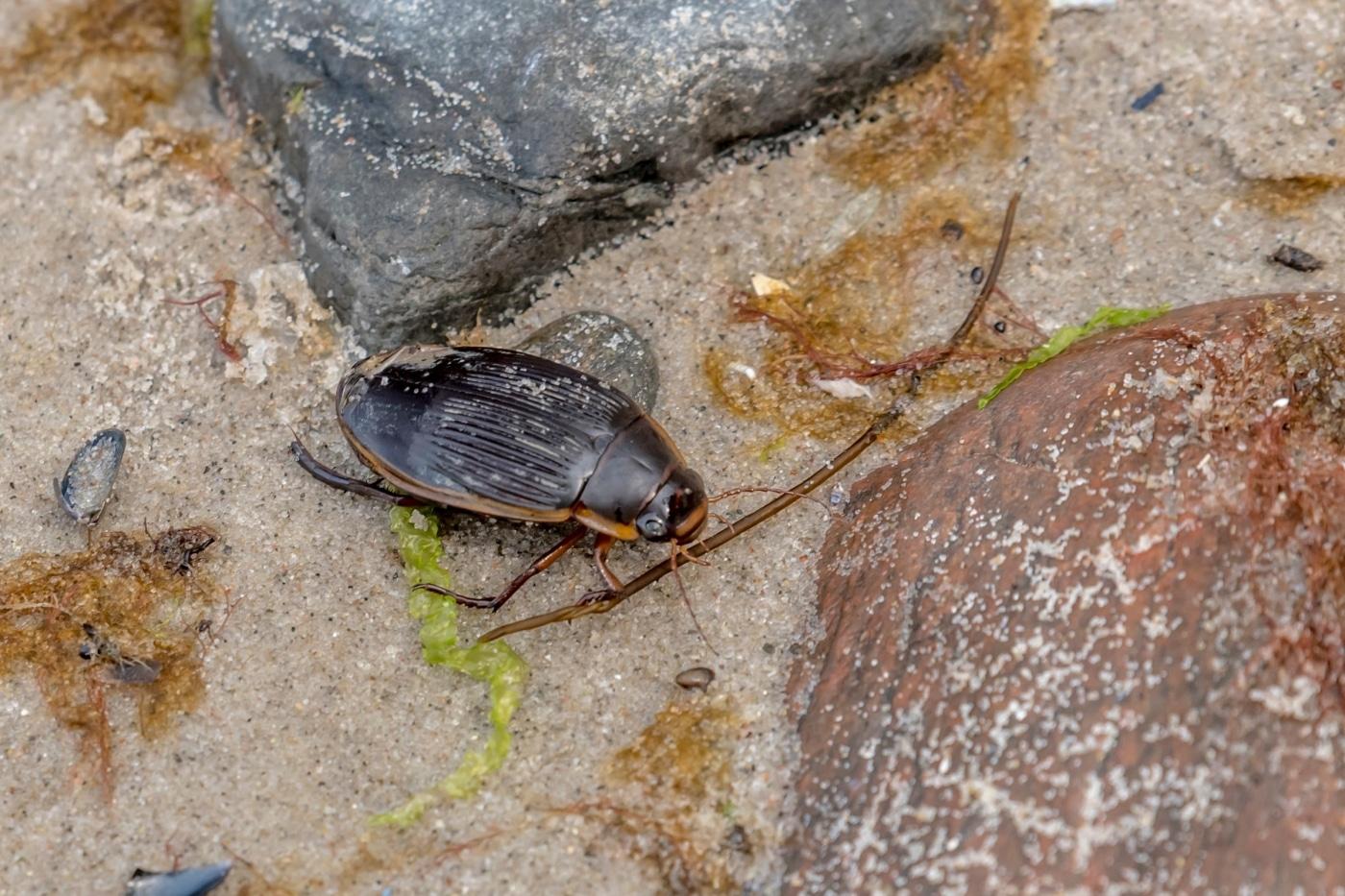 A shiny black weevil (6-9 mm). The front body is nicely dotted, and the rear body is smooth and furrowed. It cannot fly as the wing covers are fused together.

Arctic weevils are common in southern Greenland and north to Maniitsoq and Blosseville Coast. It is a herbivore and nocturnal, and lives on dry, mixed mountain heaths, especially with crowberry and bog bilberry.

During the day you can find it (and shells from dead individuals) under rocks where it hides. The larva are maggot-like and live underground by plant roots. 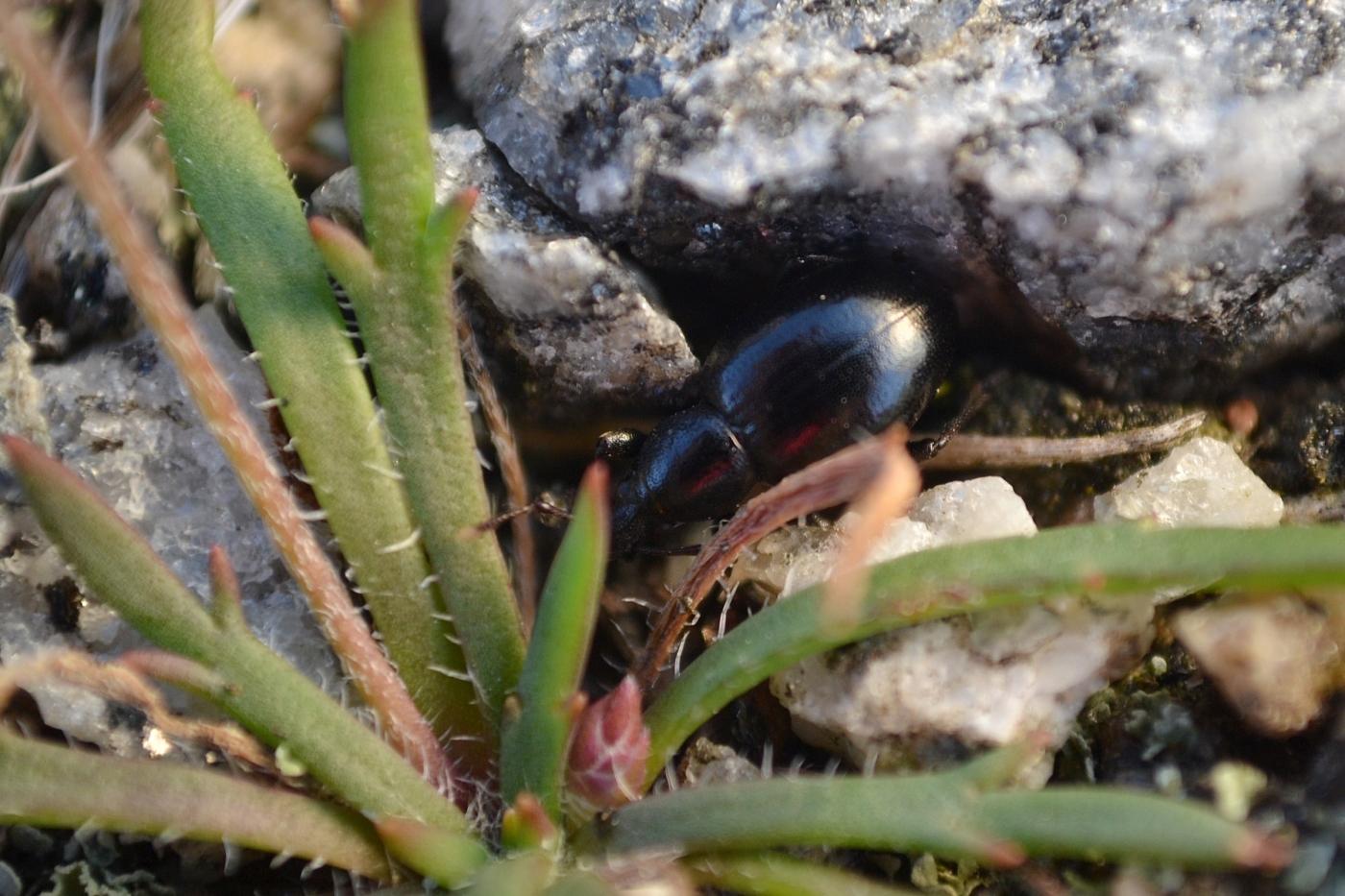 Measuring just over 1 cm, the Greenlandic thin-legged wolf spider is the largest of Greenland’s approx. 70 spiders. The body is dark with grey markings and very hairy, and the legs are striped. It is also called the large Greenlandic hunting spider.

Greenlandic thin-legged wolf spiders live on beaches, arid mountain heaths and mountain fields. It does not make webs to catch prey but hunts small insects on the ground. Its venom paralyzes the prey, and a digestive fluid is injected to dissolve the prey’s innards, which the spider later consumes. 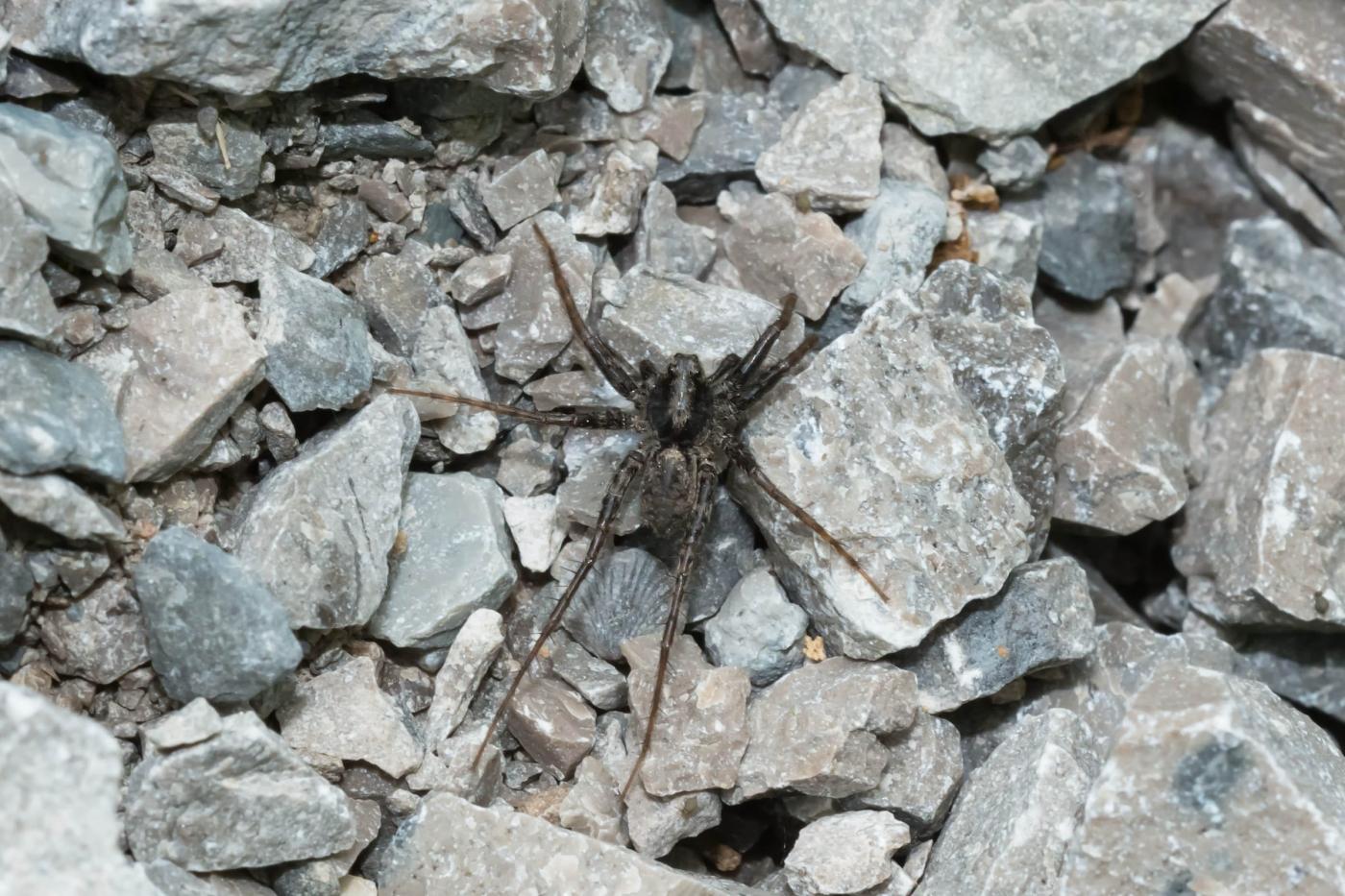 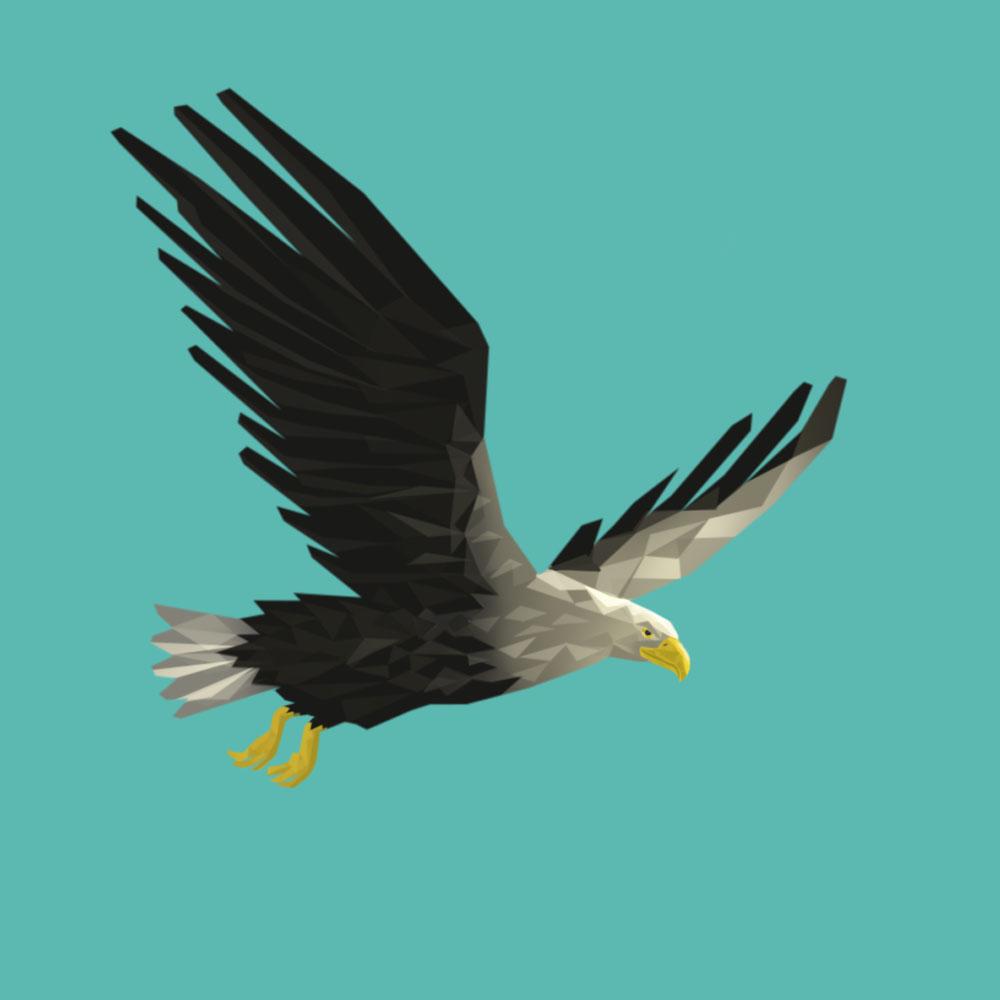 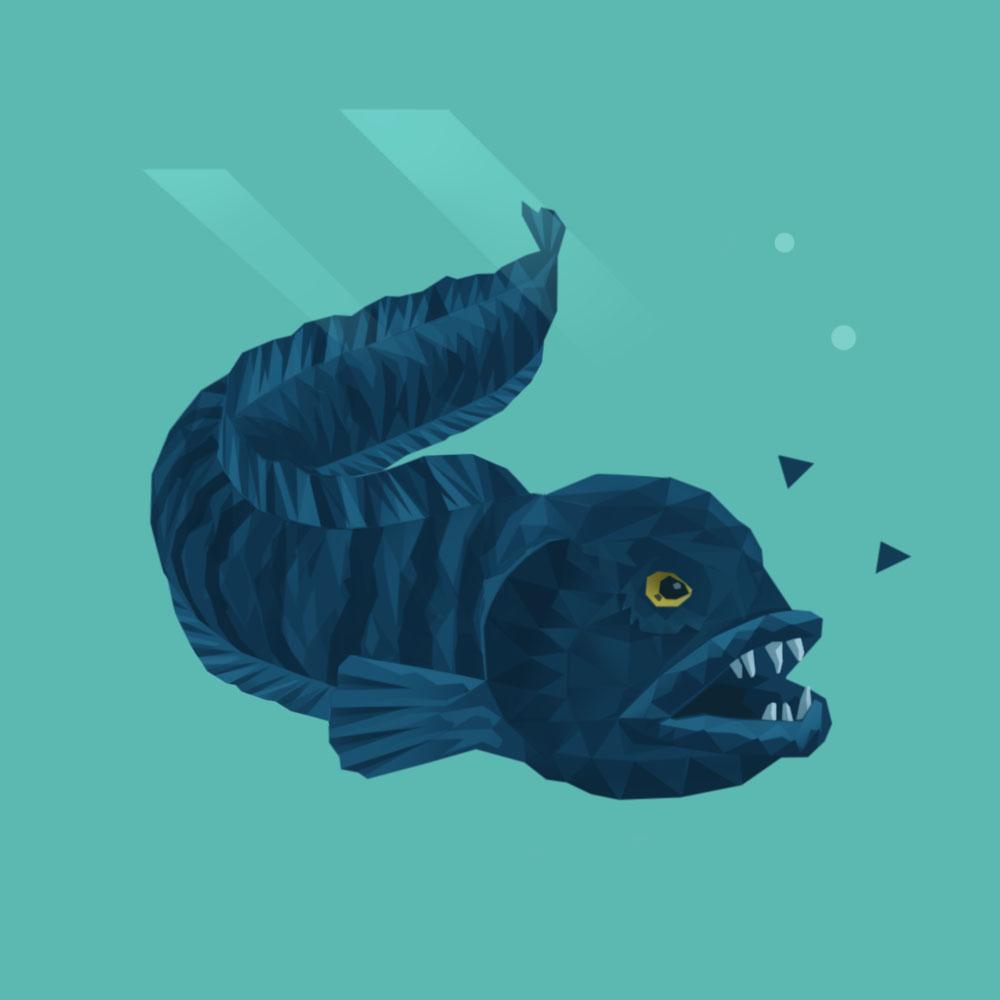 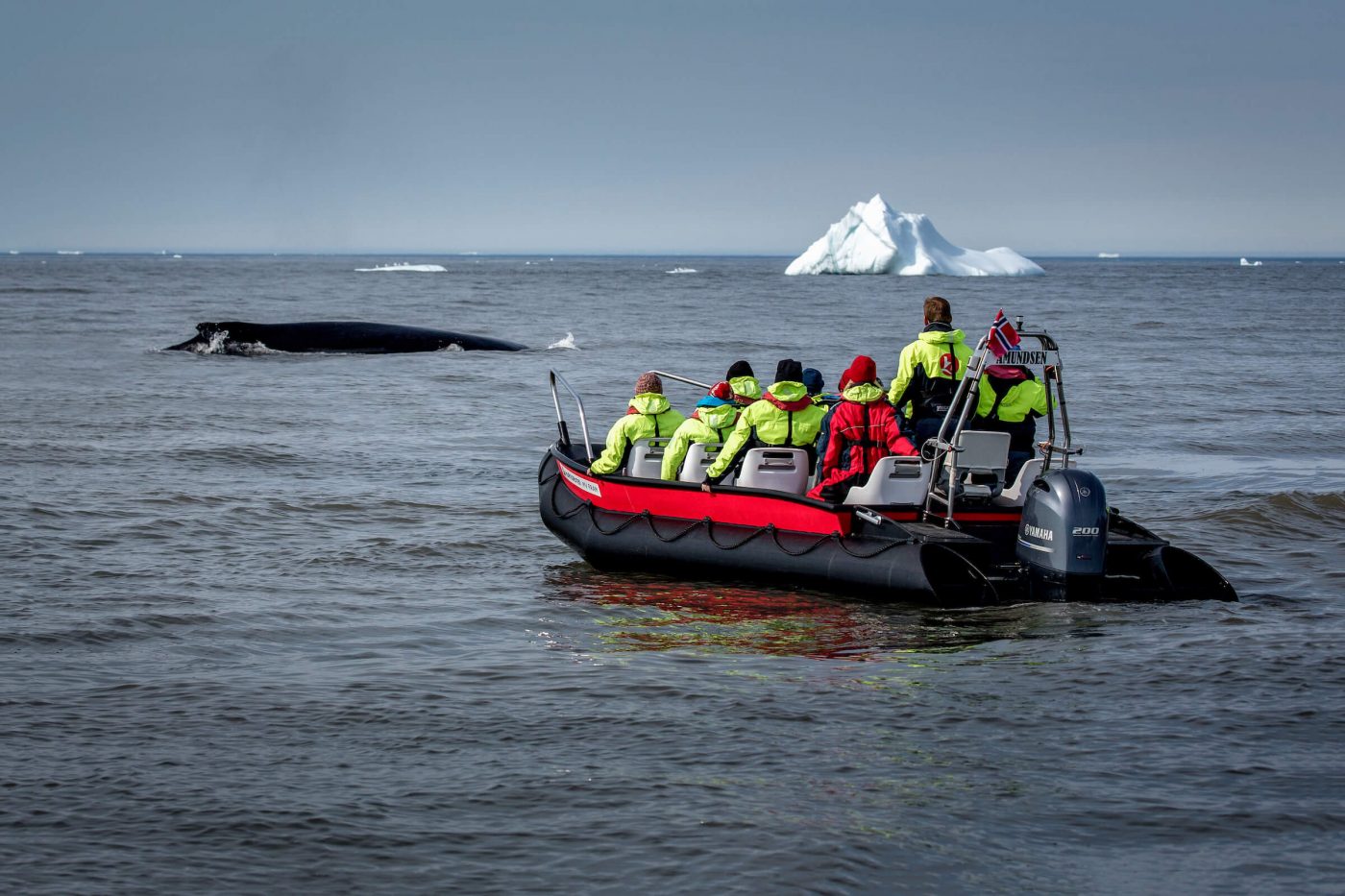 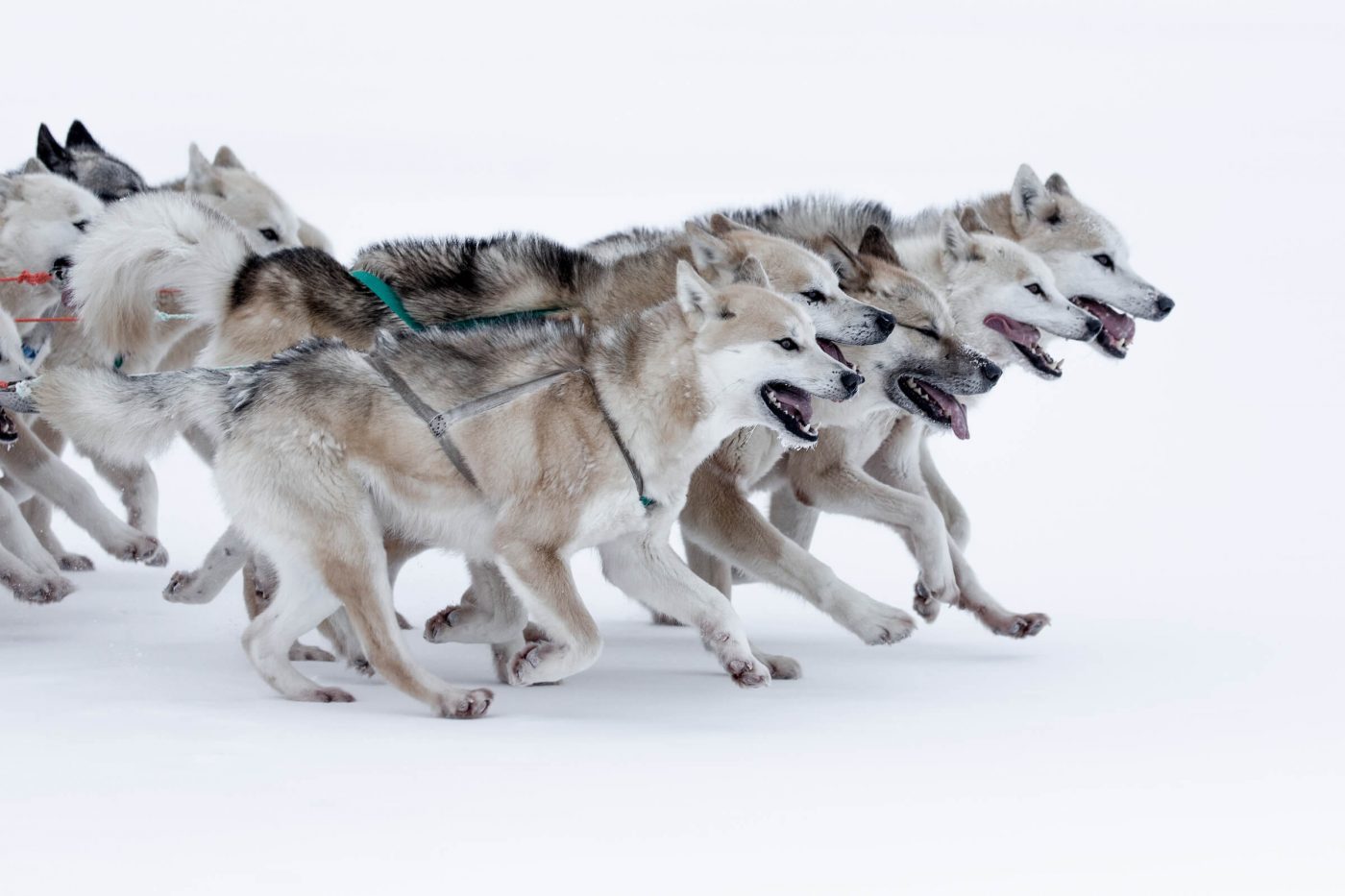 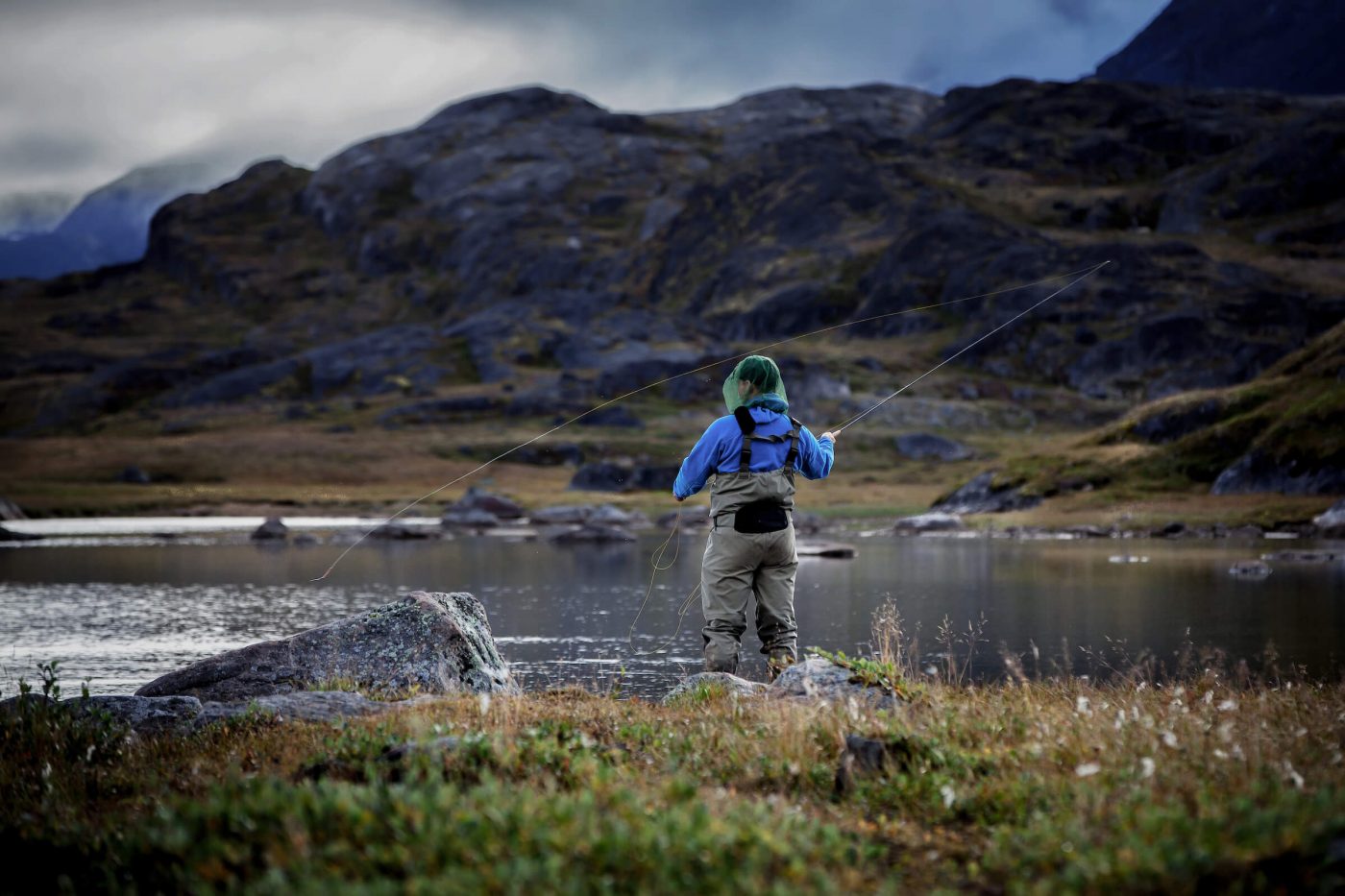