When the engine cuts, it is your cue to adjust your eyes and ears to high alert. Seconds and minutes feel like eternity as you hold your breath waiting for a sign. But suddenly comes the unmistakable sound of a whale exhaling at the water’s surface, and you, too, exhale at the beauty.

The boat driver is your best friend on a whale watching tour because he or she is usually the first to spot a whale. They know exactly where to go to find whales, and they must have all been hawks in a past life to have such keen vision.

Whether this is your first or fifth whale watching tour, seeing such a magnificent creature right before your eyes can be overwhelming. Though you probably only see a fraction of the whale’s body, you just know that you are tiny in comparison and that humans are not paramount in this world.

Greenland prides itself on having only free and wild animals in its waters, so Greenland’s whales are free to swim wherever the krill and schools of fish lead them. That being said, some species favor certain fjords, making many places along the Greenland coast reliable havens for whale watching.

In South Greenland, where there is practically more water than land, fin and minke whales in particular love to play in the extensive fjord system. Sailing is popular as everyday transportation, so even a quick jaunt between towns and villages becomes a whale watching opportunity.

Disko Bay is famous as a sea of ice, but in summer, the whales just might outnumber the icebergs.  These intelligent animals must realize that the silhouette of their tail flukes against mammoth icebergs makes for the perfect photograph, because humpback, minke, and fin whales all head straight for these northern waters. Even the bowhead whale spends its whole winter in Disko Bay.

Thousands of humpback whales choose West Greenland waters near Paamiut, Maniitsoq, and Aasiaat to play in for a few months, but a special dozen humpbacks make Nuuk Fjord their summer home year after year. Just as Greenlanders in North Greenland await the sun’s return to start the spring season, it is the return of the humpback whales that signals summertime in the Capital Region.

Travelers doing whale watching in Nuuk have a special job to fulfill with Nuuk Fjord’s faithful friends. Let your photographs and lifetime memories play double duty by sharing them with the Greenland Institute of Natural Resources. You can help researchers learn more about the humpback whales in Nuuk, all thanks to your best shot of the day! 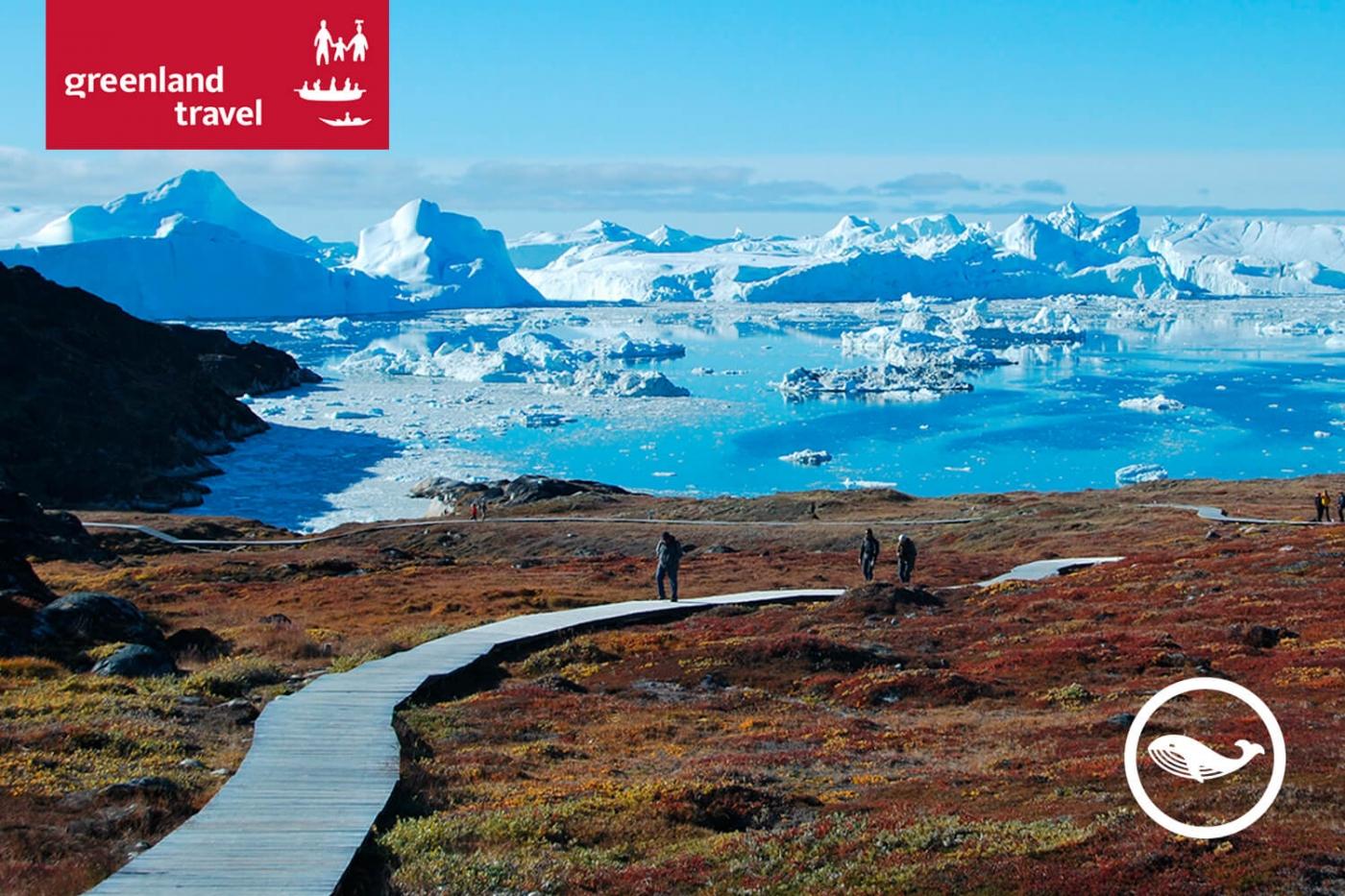 Experience the Eqi Glacier in all its glory, hiking, sailing on the magical Icefjord and try whalesafari. Come take a break from the noise.

There are a few whales in the world that are so extraordinary that they top every whale watcher’s bucket list. Greenland is the permanent home of beluga whales and narwhals, and for part of the year blue whales and orcas also traverse the waters.

While these distinct whales stick to remote pockets of the Greenland coastline and are quite rare to spot on the average whale watching tour, Greenland is one of the few, if not only, places in the world to see them in the wild.