Narwhal skin, a.k.a. mattak, shrimp, dried fish, Greenlandic beef and musk ox are a few of the specials you’ll see jotted on the chalkboard in Greenlandic at Kalaaliaraq, Nuuk’s new gastropub.

But don’t worry, you don’t have to understand Greenlandic to experience new Greenlandic gastronomy. Luckily, our senses are universal, and they are all you need to taste your way through the food culture of Greenland.

From fish market to table

Kalaaliaraq, meaning ‘a little Greenlander’, has also been the name of the fish market in Nuuk since forever, and now this restaurant has the same name.

“Kalaaliaraq is a place where you buy local food, but here we have done it in a bar where we serve it as it is, but we, of course, cook it. That’s the difference between the fish market Kalaaliaraq downtown and Kalaaliaraq here.” said Hegelund.

The mastermind behind this restaurant is 31 year old master chef, Inunnguaq Hegelund, a Paamiut-born revolutionary with several awards to his name. Hegelund dreams of taking Greenlanders back to their culinary roots, and welcomes tourists to try his dishes, which exhibit both Greenlandic traditions and Greenlandic fusions.

“In my head, I don’t understand why I should use fish from the other side of the world while we have some of the most beautiful fish and shellfish in the world up here.”

The Kalaaliaraq experience is not just about the food – it’s also an ideology. Hegelund’s ultimate dream is to develop local food, and for Greenland to become more self-sufficient regarding food and vegetables.

“It’s a revolution for me and for the chefs I have. They are all young and they have the strength to show that, maybe we are not so many chefs up here, but we want to show the power of using the local food.”

Hegelund and his team are working on promoting Kalaaliaraq and developing it as an inspiration for other restaurants in Greenland.

Watch the Youtube video about the restaurant Kalaaliaraq here:

The food in Kalaaliaraq finds its origin in the land and sea all over Greenland, but mostly from the villages – from dried fish from the village of Oqaattut in North Greenland all the way to Greenlandic beef and lamb from South Greenland. Hegelund works closely with hunters and fishermen, who provide meat from musk ox, reindeer, whale, seal and seabirds, not to mention several kinds of fish.

Securing the supply was not easy at the start, as Greenland, geographically, is a huge country. “The biggest struggle is to get the food, because of the infrastructure. Not so much a struggle, but a challenge I need to overcome” said Hegelund. And looking at the menu, you can surely see that Inunnguaq overcame that challenge.

In terms of the global location of Greenland, being way up north and relatively isolated, it makes sense to eat locally for sustainability reasons, both socially and environmentally. Not to mention, the food is wild, organic and self-caught – the animals have been living freely, in contrast to the mass-production that takes place elsewhere.

“My biggest goal is to make my mark on Greenland becoming more self sufficient, and we need to work really hard on that. And we have started, we really need to do some more.”

Restaurant by day, pub by night

Hegelund describes Kalaaliaraq as a kind of high-end street kitchen. Kalaaliaraq is located in the heart of Nuuk, in the same building as the micro-brewery of Godthåb Brewhouse. Here, you can choose up to 5 different beers from the brewery.

It is a sit-down, casual and not too pricey restaurant, low-lit and atmospheric. You will hear Greenlandic oldies but goodies as the soundtrack to your experience. The waiters are committed and service-minded, explaining to you the details of today’s menu, which, incidentally, changes on a daily basis. You can order your food before you sit down. The chefs put the finishing touches to the food on the bar. Starters cost about 85 DKK, and main courses are about 125 DKK.

Kalaaliaraq is a restaurant at noon for lunchtime opening and again in the evening for dinnertime. The restaurant then turns to its origin, Takuss, a Greenlandic pub where you can enjoy live bands playing Greenlandic classics.

Greenlandic gastropub is here to stay

Kalaaliaraq opened at the beginning of 2018 as a pop up restaurant, and was originally intended to be open for two months and then shut down. Nuuk, the capital of Greenland, with its population of 17,000, embraced the Greenland-themed restaurant – its local ingredients, prepared and served in both traditional and modern ways, were obviously in high demand. The restaurant scene in Nuuk consists of everything from steakhouses to cuisines from Thailand, the Philippines and Italy. Kalaaliaraq’s popularity meant that the restaurant recently opened again, and this time permanently. 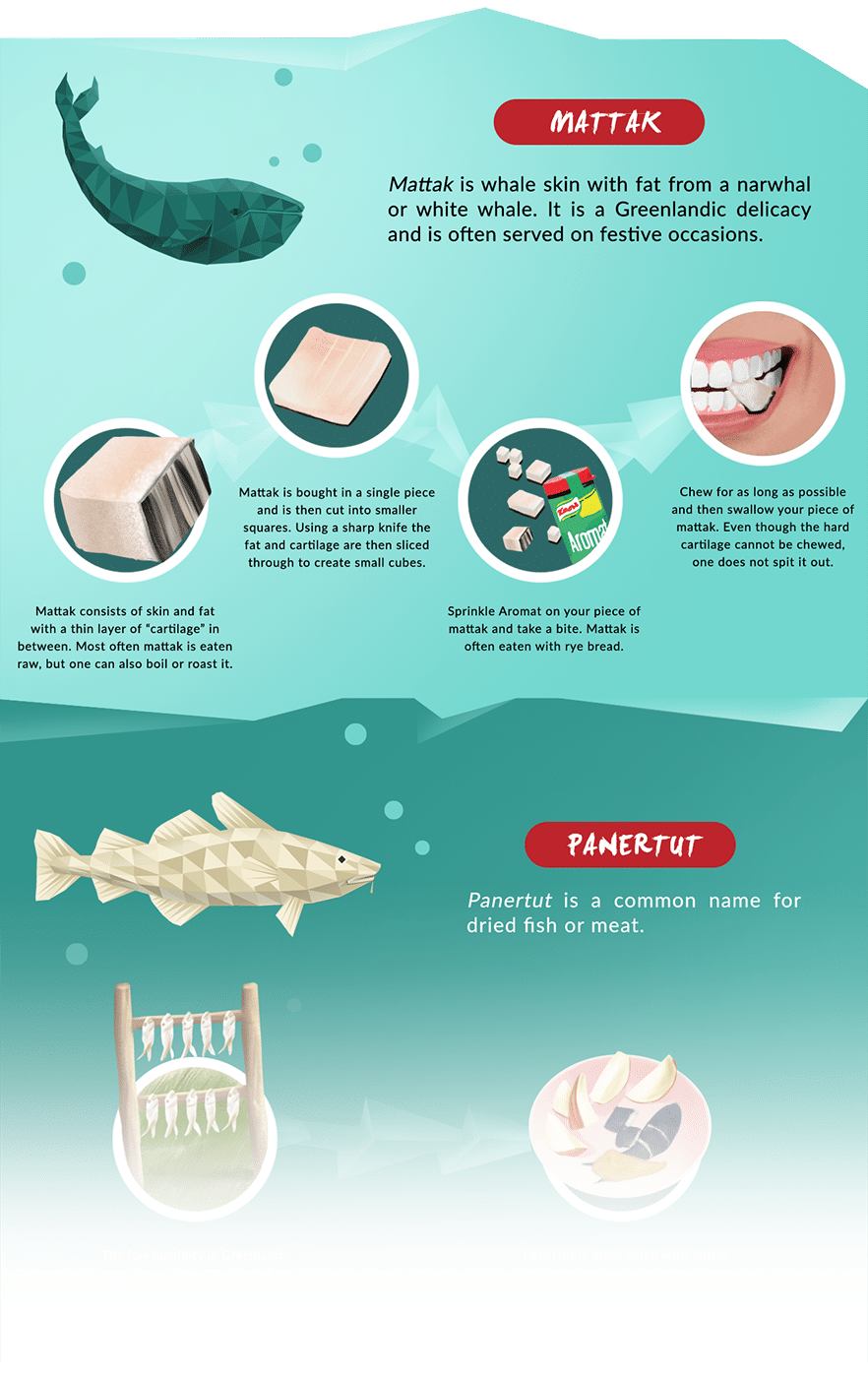 This will give you a unique insight into a food culture that has traditionally been dependent on what can be caught in the wild. There are as many ways to eat Kalaalimernit as there are people, but here is a guide that will help you through some of the Greenlandic delicacies that you are likely to come across during your trip. 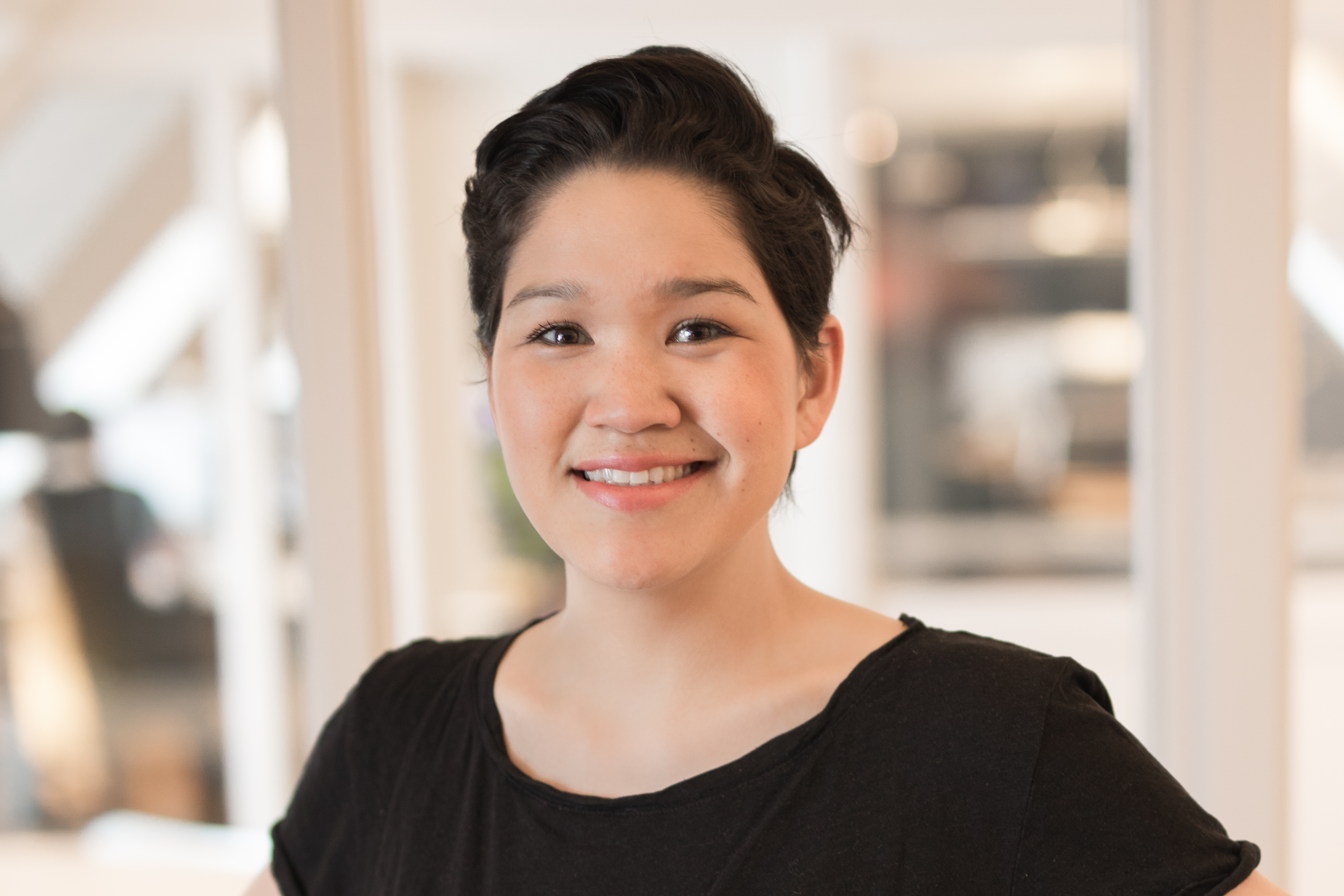