‘On an ‘illoqarfik break’ in Greenland

Greenland consists of five vastly different regions, each with its own main town and it makes good sense to spend at least a couple or four days in the town - an 'illoqarfik' in Greenlandic.

With the largest population of approx. 17,000 inhabitants (Nuuk) and the lowest population of 2,000 (Tasiilaq), it is pretty misleading to talk about typical ‘cities’ in English and consequently, in a sense ‘metropolis’.

In any event, when you use the expression ‘city break’ on Greenland, this is a short holiday of three to four days. So let us instead call a spade a spade, and use an Anglo-Greenlandic expression, which we have invented for the occasion, and that is an ‘illoqarfik break’ – a short urban holiday.

You can easily take a break like this in these five locations in Greenland, which we have carefully selected for you:

"Let us call a spade a spade, and use an Anglo-Greenlandic expression, which we have invented for the occasion, and that is an 'illoqarfik break' - a short urban holiday." 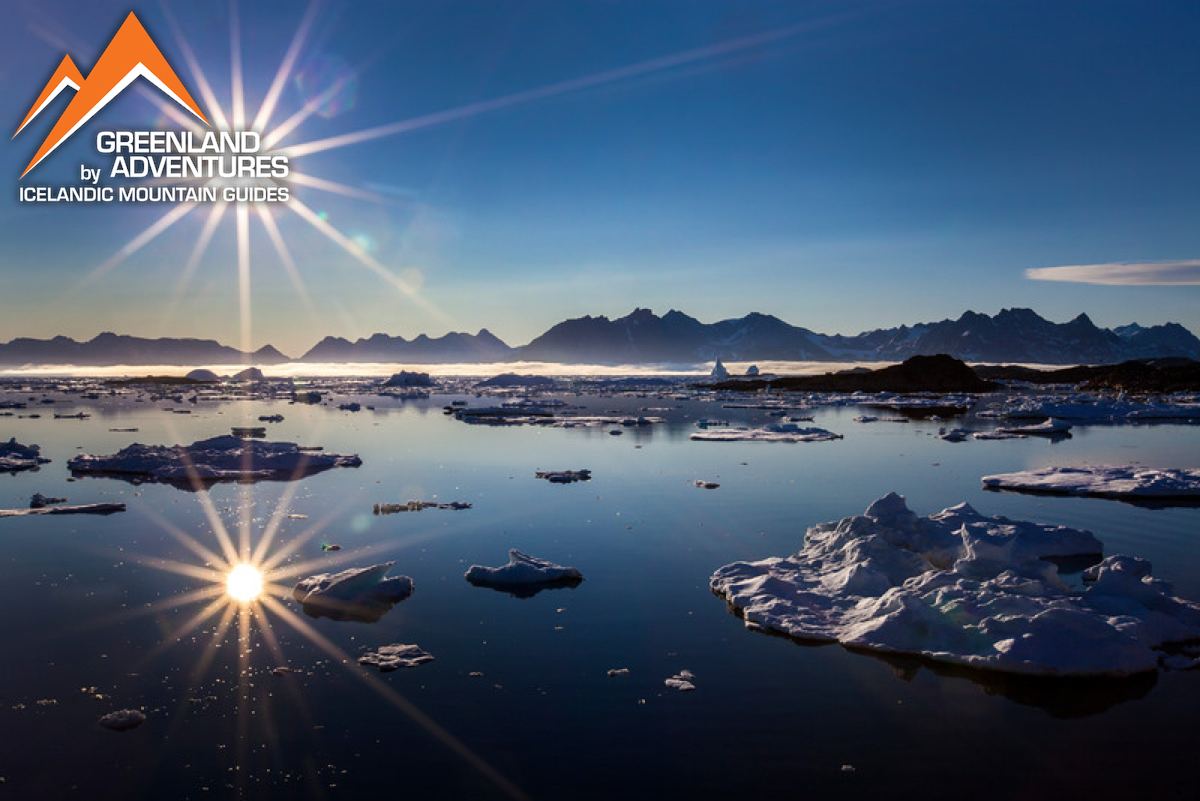 A 12 day boat assisted trek in East Greenland. Trekking in dramatic alpine landscape with stunning views of icebergs and glaciers.

TASIILAQ – THE GATE TO EAST GREENLAND

Surrounded by alpine mountain tops and near a relatively protected bay by Ammassalik Island, this gem of a town is located. It probably only houses a couple of thousand souls and a few hundred sled dogs, but nonetheless it is the largest town along the entire east coast.

Tasiilaq offers everything from kayak sailing to hiking, sailing to the settlements and in the fjords, helicopter sight-seeing over the glaciers or the Inland Ice, randonee in the winter and, of course, driving dog sleds. The cultural life is also plentiful in the town and domestic crafts, in particular from Kulusuk, which are very much in demand internationally as well as locally on Greenland.

You get there by helicopter via Kulusuk, the settlement with the international airport with the most guests, which lands from Iceland. Kulusuk is also connected domestically to Nuuk and serviced by Air Greenland.

QAQORTOQ – GEM OF THE SOUTH

The town’s name means “the white” and combined with the fact that it’s one of the most southern towns on Greenland you could, in a fleeting, slightly creative moment, easily direct your thoughts to an idyllic Greek town by the Aegean Sea. Just keep that thought for a while, but add a few more colours – many colours actually – on the houses and subtract a little from the temperatures in a downward direction and then you’re not that wrong because plus or minus, the summers can be surprisingly warm and pleasant!

Qaqortoq is known as a cultural town with many young students in the street scene and there is even a little fountain in the town square. It is green and lush in the summer, the spring trickles through the town and, later in the year, from late August and through winter, the residents in the town have the pleasure of being right in the middle of the famous northern lights belt, which shine especially brightly precisely around this latitude where Qaqortoq is located.

From an international location, Qaqortoq is reached most easily via Narsarsuaq or via Kangerlussuaq and Nuuk with Air Greenland, outside of the peak season in the summer.

The northern lights also shine brightly in Nuuk when it is the season, and no one loves the town more than the residents, the nuummiut, despite that the location is teased because of the wind, rain, storms and slosh, which come from the Davis Strait and, for the most part, outside of the tourist seasons – fortunately.

Nevertheless, Nuuk, the hinterland and the fjords is a regular paradise which, to some extent, is overlooked and underestimated. On the other hand, this means that the nuummiut and the lucky travellers who choose Nuuk as their destination, have an unforgettable experience in this quite extraordinary place. Add to this a superb local brewery in the town and top-class gastronomy, plus that you have a combination of nature and culture which in these parts is otherwise only available with the same degree of satisfaction and wow factor in the nearest Icelandic or Canadian big cities.

If Nuuk is too much ‘city’ for you after a couple or three days, then go explore Qooqqut or Kapisillit, which are the locals’ places of refuge on the weekend; far from the internet, traffic and ‘all the other’ people.

SISIMIUT – THE HUB OF THE ARCTIC CIRCLE

Consistently positioned as number two, in any case when measured on population, but Sisimiut is so much more than that and measured on other parameters, the town actually deserves a top position on the platform.

For example, Sisimiut is known for its Arctic Circle Race, which is the world’s toughest cross-country skiing race and which all the town’s citizens gather to organise together. In the past couple of years, another – and more cultural event – the Arctic Sounds music festival has caught hold and, with its location by the Arctic Circle, the town is both the first town northwards and in the western part of Greenland, where you can drive dog sleds. The town is also the final destination for many hikers who go on a week-long hike between Kangerlussuaq and Sisimiut – in the summer, of course.

Sisimiut is also popular to travel to by sea, either with cruise ships or with the wonderful local shipping line, Arctic Umiaq Line, which navigates Greenland from the south to Disko Bay.

If you were to be slightly presumptuous, Ilulissat is the capital city of icebergs in the whole world because there is no other place than Ilulissat, with just 4,600 inhabitants, where the view over the icebergs is so spectacular and, mind you, 365 days per year.

The town has it all – sled dogs and sled rides in the winter, good museums, excellent eateries, fabulous excursions by sea, on land and in the air and overnight accommodation with views which, unlike other places in the world you do not have to finish off in the photo editing programme just to spiff up the photos a little. It is not without good reason that the hashtag #nofilter is frequently used at 69 degrees N where Ilulissat is located.

If you have just arrived in Ilulissat, you should not cheat yourself of a visit to some of the other wonderful gems that are in Disko Bay, such as Qeqertarsuaq or Oqaatsut, which can easily be accomplished on a day trip or over a weekend.

Enjoy and have a really good trip!

Sarah is a former Visit Greenland employee who now continues the adventure as Destination Manager in South Greenland.