Take me to my happy place

“Go to your happy place.”

It’s a common saying. One that usually conjures a default image of a beach; much like the standard computer screensavers. (Or maybe that’s just me.) They’re nice, sure, but personalized, tapping into all your senses, and drenched with feeling- they are not.

I always figured reaching my happy place just involved closing my eyes and picturing a pretty location. Was I ever wrong. It was Greenland that changed this, in the best way possible.

Let me back up a touch here.

If you visit Nuuk during the summer, the traditional cabin experience is a must. Coming from the United States, I equated summer cabin life to the wilderness lake camps that I had experienced at one time or another. I was a country girl at heart; I could handle cabin life in Greenland…couldn’t I?

My eyes were watering profusely. Partly because of the whipping cold wind. Partly because I refused to blink. I was on Jackie from Vandrehuset’s boat, en route to the inner nook of a fjord, and I’d be damned if I was going to miss one millisecond of the excessively majestic mountains that sprung up from the sea all around us. Holy moly.  As if that wasn’t enough, Jackie had ordered us a side of glorious weather, of course.

Jackie and his twelve-year-old perfect gentleman of a son, Lucas, were hosting us at their summer cabin for the day in the nearby fjord, Eqaluit Paarliit (meaning “the trouts at the mouth of the fjord” in Greenlandic). We pulled up to the edge of the coastline to a scene straight out of a Greenland postcard. Oh, and smoke. Not to be alarmed, as it was just two women and their dog smoking trout while water lapped at the shore. Classic Greenland.

We were greeted by an expansive porch skirting the red cabin and a hot tub I vowed to pay a visit to later. But first, Lucas took on the role of guide, leading us on a short hike to catch some fish. We walked along the river to the symphony of nature, as I crossed my fingers we’d see a reindeer.

We fished in the fjord setting so idyllic you almost forgot about the mosquitos…almost. A fair trade in my book, though. On our trek back for lunch, Lucas regaled us with a ghost story turned movie, filmed in the cabin up on the hill. He admitted being terrified to go near it.

“HAHA!” I laughed nervously. If I was being completely honest with myself, there was no way in hell I was going in there, either. My stomach rumbled in agreement.

The aroma of a delicious lunch lured us back to the cabin where we sat at the table like a mismatched family; Jackie and Lucas the long lost relatives we didn’t know we had. The food and wine flowed, as did my heavy pour of the delightful sauce which I’m fairly certain was comprised of pure magic. The hot tub beckoned, bringing the cabin experience full circle. It was then, lounging in a hot tub on the deck of a handsome cabin overlooking the fjord that I realized I was completely and utterly relaxed. It was a summer daydream full of home-cooking, solid company, and the most uncomplicated luxury you can define.

I’d had a taste of cabin life, and I wanted more.

Most Greenlanders love going ‘into the wild’ for a getaway. This is where they catch up with friends, fill up their fridge with food, and their spice cabinets with herbs – or just relax! The typical cabin only contains the very basic necessities, but Vandrehuset and Qooqqut Nuan provide more service, including food catering.

How to get here

THE END OF THE WORLD.

We set out with Captain Erik, (who has legit sailed the Seven Seas) on his ABC charter boat fit for a royal. As we made our way towards Qooqqut Nuan, I made my way through the cookie bowl up front. Erik’s knowledge and obvious adoration of the area was evident as he packed adventure and jaw drop moments into the span of a few hours.

Things like snatching a pitcher full of fresh water from a raging waterfall on the side of a mountain. Things like catching 4 googly-eyed giant fish your first line down into the deep, deep sea. That’s right, I caught quadruplet fish. The victory was real and required a small celebratory dance. We were going to eat well tonight!

We arrived in Qooqqut Nuan, a special place nestled in the crook of the mountains, and seemingly the end of the world. We were remotely remote. The owner Mads and his crew welcomed us to our abodes for the next two nights. The cabins were simple, adorable, and looked out to absurd beauty.

Our day’s catch was cooked at the restaurant by genius chefs in about 23894723 different ways. It was stuff-yourself-silly kind of good; the original farm to table experience. My evening agenda involved swinging in a swing against the backdrop of the eternal midnight sun. I could get used to this.

The following day I was antsy to get my hands on some fish; literally. We set out with local guides to go hand fishing. I was unreasonably excited at the prospect of this challenge. I know I had said I was up for anything, but I didn’t know that would include rock hopping a frigid river and shoving my fingers blindly into the gills of slimy fish while attractively straddling two rocks. But boy, was I glad it did. It should be noted that I did, in fact, scream like a girl.

We walked, we marveled, we ate and ate some more. We absorbed endless sunsets and cabin life to its fullest.

When I thought it couldn’t get any better, we had an iceberg picnic on the return trip to Nuuk. Icebergs upon icebergs floated around us, while we silently ate our sandwiches to only the sound of cracking ice.

Summer life is the cabin life, and the definition of pure. It’s an ‘I-just-did-a-polar-plunge-in-arctic-waters-and-wrestled-with-a-fish-and-caught-my-own-dinner-and-watched-the-sun-illuminate-the-tall-tops-of-mountains’ kind of relaxed.

Cabin life brings you back to basics, and in simplicity is beauty; untouched, truly joyful beauty. It’s not glamorous, it’s not perfect; it’s authentic and unapologetically wild.

Happy places are about the feeling a place evokes, with an eye candy bonus. It’s conjuring up all the details to transport you back to those delicious moments.

My happy place now includes sporting a mosquito net as my key wardrobe piece. It’s an air of being wild. It’s reminiscent of childhood days where the outdoors are a massive playground. It feels like the good kind of tired. It’s sharing the freshest meal you’ve ever had with new friends. It’s the breeze in my hair while swinging at the end of the world. It’s watching the moon rest it’s chin on the mountains. It’s staring at untouched beauty. It feels a lot like living. Arctic summertime had become my happy place.

Let’s be real, Greenlanders have got this happy place thing down. 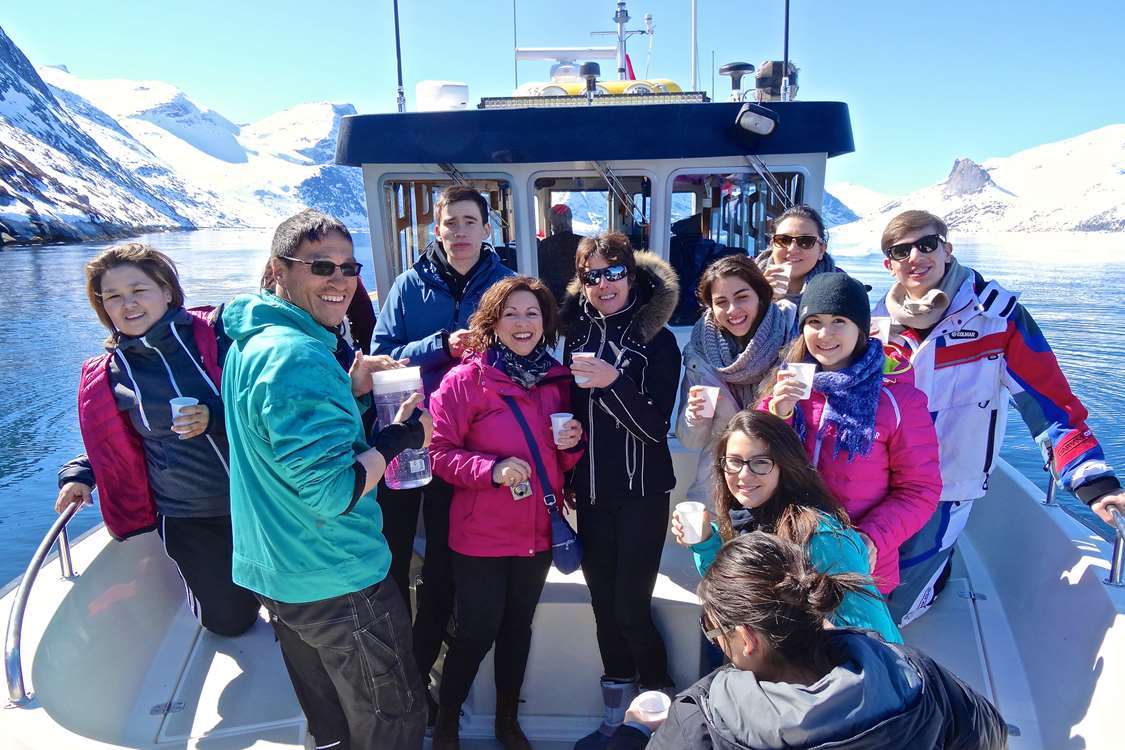 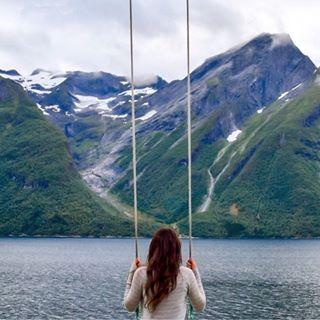 Lauren Breedlove is a freelance writer, travel photographer, and the girl behind girlwanderlist.com; a travel blog where she keeps it real on the regular. She thrives on exploring off-beat destinations, random adventure, and grilled cheese.