THE LAND OF THE PEOPLE WITHOUT ANY PEOPLE

In the Greenlandic language the name for Greenland is Kalaallit Nunaat. “The Land of the People”. But one day around 2000 years ago, Greenland was suddenly without any people and not a single human being could be found anywhere in the country.

For a period of nearly 2500 years, shifting waves of nomadic peoples, living off what the land and the sea could offer, had called this country home, but now the largest island in the world no longer had a human population.

Imagine a landmass greater than the combined areas of France, Great Britain, Germany, Spain, Italy, Austria, Switzerland and Belgium, just left to plants and animals, and you will get an inkling of how huge the landmass was that greeted the immigrating hunters from communities around the Bering Strait, when they arrived around 700 A.D. coming across at Smith Sound close to the present day town of Qaanaaq, in the most northern part of Greenland.

Around 2000 years ago, Greenland was suddenly without any people 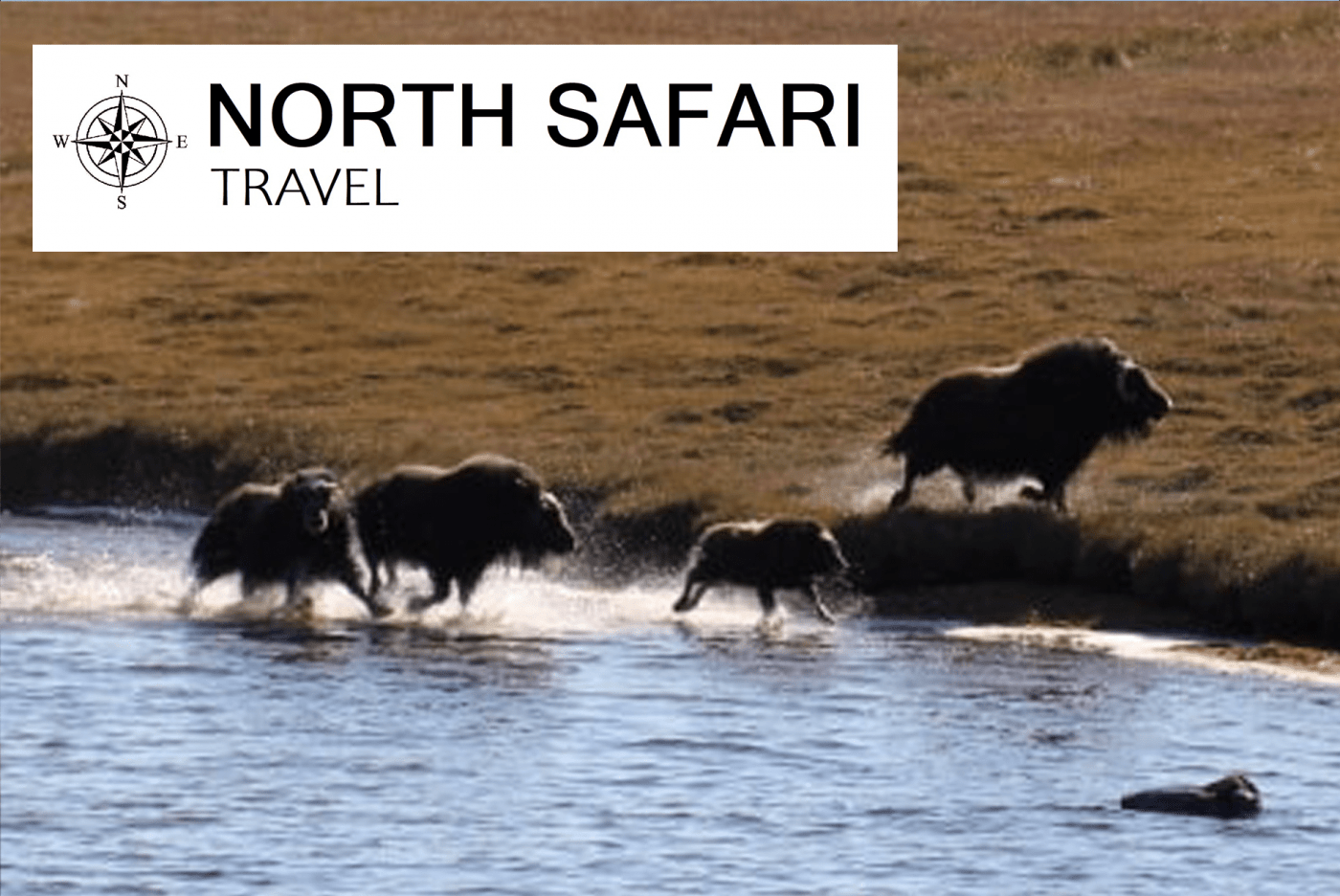 North Safari Travel offers a 5 day safari deep into the unspoiled Arctic wilderness near the ice cap in West Greenland. It's a real wilderness adventure in the world's Last Frontier.

AN INUIT CULTURE SMELLING OF FORESTS

Today we know, that the group, now referred to as the Dorset Culture, were the ones who came here, to a land void of humans, 1300 years ago.

It seems they may already have been here during an earlier wave of immigration right before the country was depopulated, but in spite of the amount of time they spent in Greenland, the Dorset Culture is shrouded in mystery. Why did they not use kayaks like the groups who came before and after them? How come they did not have dogs and sleds and why are their tools, patterns of habitation and technology so different from other Inuit immigrant groups?

The probable answers have been widely discussed, but the prevailing theory explains them as a group of people arriving here from the Northeast American woodland areas, and that they differ from other groups by “smelling somewhat of forests” as one Danish archeologist put it.

Their origins in this climatic temperate region may explain why they disappeared at the same time with the onslaught of the Little Ice Age in 1300 A.D. which turned Greenland into a colder and more inhospitable region.

THE THULE PEOPLE BROUGHT THE SLED DOG WITH THEM TO GREENLAND

The harsher climate and the disappointing summers did not seem to bother the Thule people, a group of highly specialized and adaptable nomads, who quickly spread out all along the ice free coast line around 1300 A.D.

As with other immigrant groups of Inuit peoples, the Thule people had also gone east, this time crossing the Bering Strait into Greenland. According to legends and folklore they had heard about iron and its wonderful properties as a source for tools, and that the iron could be found in meteorites in Northern Greenland.

The Thule people were whale and seal hunters and were most likely the first people to bring dogs into Greenland thus inaugurating the cultural history of dog sledding in Greenland.

They would go on long journeys by dog sled in the areas they were hunting and thus they founded the cultural tradition which in later times has been popularized during the era of expeditions surrounding those by Knud Rasmussen’s travels in Northern Greenland and Arctic Canada, and which today has become an important part of the local culture as well as in adventure tourism.

CULTURAL TRADITIONS LIVE ON IN THE PRESENT

The people of the Thule Culture were using paths and hunting grounds already familiar to other earlier immigrant groups in Greenland, dating back to the very first immigrants 4.500 years ago.

Around the area of Sermermiut by Ilulissat, archeological digs have provided unique insights into the different groups use of the same area for hunting and fishing and from the traces that they have left behind, we know that they travelled along the shores of Greenland as early as 2500 B.C.

Although we have no written accounts from these earlier eras, an abundance of tools and settlements found throughout Greenland has confirmed that the Inuit cultures of the past were characterized by the same adaptability to the prevailing climate and geography as the modern day Greenlandic culture.

We are aware of, that the very first immigrants used vessels resembling kayaks in Greenland and that their clothing were the first glimmerings of a clothing tradition leading right up to today with our colorful national costumes and the winter clothing used by the hunters in Northern Greenland.

Today the kayak is a national symbol in Greenland and the vessel plays an important role as a living part of our cultural history, as well as, in the type of transportation available to adventure expeditions, wanting to explore along our rugged shoreline. Our national costumes are treasured and highly valued and used when we celebrate or commemorate certain events such as  national holy days, special family events or when the Queen comes to visit.

The National Museum of Greenland