Greenland is one of the biggest places in the world, and yet very little of it is known to the outside world. In fact, many people still have misconceptions about the beautiful Arctic nation. For one, there is a lot more to Greenland than glaciers and ice, and the nation has layers of culture and history that will unfold once you’re here. Today, we are going to debunk the myths surrounding Greenland, and help you get a better understanding of what the nation and its people are all about. 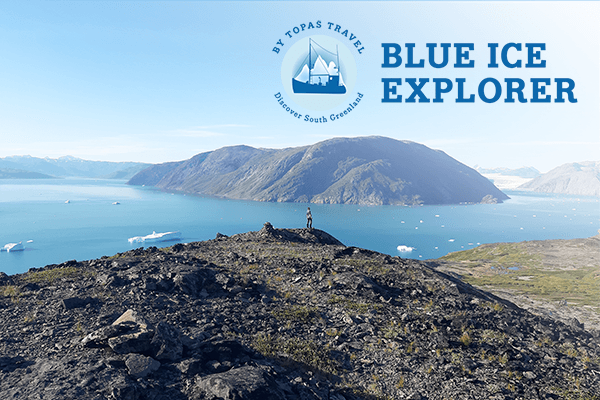 Let’s start with the basics. Greenland is actually the world’s biggest island – by area – that is not a continent. The total area of Greenland is 2.16 million square kilometres (836,330 square miles), including other offshore islands. Almost 80 percent of the land mass is covered by an ice cap. The ice-free area may be a minority, but it’s still around the size of Sweden. With a population of 56,480 (2017 estimate), it is one of the least densely populated countries in the world.

Since most of Greenland is covered in ice, snow and glaciers, the Arctic nation is mostly white. So how did it get its name “Greenland” when it’s not really green? It actually got its name from Erik The Red, an Icelandic murderer who was exiled to the island. He called it “Greenland” in hopes that the name would attract settlers. But according to scientists, Greenland was actually quite green more than 2.5 million years ago. A new study reveals that ancient dirt was cryogenically frozen for millions of years underneath about 2 miles of ice.

3. Greenland is an Autonomous country

Greenland is an autonomous country within the Kingdom of Denmark. Although Greenland is geographically a part of the North American continent, it has been politically and culturally associated with Europe for about a millennium. Since 1721, Denmark has held colonies in Greenland, but the country was made part of Denmark in 1953. In 1979 Denmark granted Home Rule to Greenland, and in 2009 expanded Self Rule was inaugurated, transferring yet more decision making power and more responsibilities to the Greenlandic government. Under the new structure, gradually Greenland can assume more and more responsibilities from Denmark, when it is ready for it.

According to historians, the first humans were thought to have arrived in Greenland around 2500 BC. The group of migrants apparently died out and were succeeded by several other groups who migrated from North America. At the beginning of the 10th century, Norsemen from Iceland settled the uninhabited southern part of Greenland, but they disappeared in the late 15th century. The Inuit migrated here from Asia in the 13th century and their bloodline survived to this day. Most Inuit Greenlanders are their direct descendants, and continue to practise some of the centuries-old traditions.

“Humans have inhabited Greenland for more than 4,500 years.”

Today, 88% of Greenland’s population are Inuit (predominantly Kalaallit) or mixed Danish and Inuit. The remaining 12% are of European descent, mainly Danish. Truth be told, Greenlanders actually don’t appreciate being called ‘eskimos’; the proper name for them is Inuit or Kalaallit, which actually means ‘Greenlander’ in the native Inuit language, Kalaallisut. The Inuit Greenlanders identify strongly with Inuits in other parts of the world, like Canada and Alaska, and they actually share some similarities in their languages as well.

The majority of the population in Greenland speaks both Greenlandic (mainly Kalaallisut) and Danish. The two languages have been used in public affairs since the establishment of home rule in 1979. Today, the young generation learn both languages, as well as English, in school. The Greenlandic language is an interesting language with a long history, and it’s closely related to the Inuit languages in Canada, such as Inuktitut. “Kayak” and “igloo” are Greenlandic words that have been adopted directly by other languages.

7. No Roads In Greenland

Despite having a land size of 2.16 million square kilometres, there are no roads or railway system that connect settlements to one another. There are roads within the towns, but they end at the outskirts. All travel between towns is done by plane, boat, helicopter, snowmobile or dogsled. Boats are by far the most popular mode of transportation and you’ll often see locals out cruising the fjords every summer.

Fishing is a major industry in Greenland. The country imports almost everything except for fish, seafood and other animals hunted in Greenland, such as whales and seals. Each administrative area has a certain quota of whales, seals and fish assigned to it, ensuring that there’s no overfishing. Certain species like the blue whale are protected and thus cannot be fished. No export of whale and seal meat is allowed — they are only consumed locally.

Almost one-quarter of Greenland’s population lives in the capital city of Nuuk. Vibrant and funky, the city is the biggest, most cosmopolitan town on the island and it packs in quite a lot of museums, hip cafes and fashion boutiques for its small size. To get an introduction to the country, be sure to visit the National Museum of Greenland, the Katuaq Cultural House as well as Nuuk Art Museum. Backed by a panorama of mountains, the city is perched at the mouth of a giant fiord system, making for easy day trips into the fiords and surrounding nature.

Every year, the sun does not set from May 25th to July 25th, and it stays visible throughout the entire day and night. The midnight sun, as it is called, is a pretty cool natural phenomenon that everyone needs to experience at least once in their lifetime. June 21, the longest day of the year, is the summer solstice and a national holiday in Greenland. You’ll find locals out basking in the sun or enjoying a barbecue out in nature. 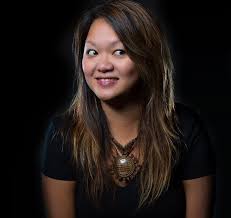 Nellie Huang is a book author, travel blogger and founder of WildJunket.com. She has traveled to over 140 countries and is now on a quest to show her daughter the world.