Inside the 2018 Disko Arts Festival

We had flown down from Uummannaq two days prior, and had arrived in Ilulissat the previous morning. After a restful night’s stay at the Hotel Arctic, we took our bags and made our way down to the tourist dock, passed the hulls of old wooden boats in refit, and towards the young Greenlandic man standing by the gangway in a blue, quilted jumpsuit.

We introduced ourselves, and he told us his name was Hans-Henrik, but that we could call him Ho-Ho. Soon we were joined by two Icelanders, the festival organizer Arnbjörg María Danielsen, and the festival’s chef, Árni Ólafur Jónsson. The former-mayor arrived shortly thereafter, and we unloaded a vanload of supplies onto his boat before setting off amidst the jagged sea-ice to Oqaatsut / Rodebay.

The engine of the motorboat cut out sharply as we drifted side-on towards the shore, piloted by Ilulissat’s former mayor, now our transportation in and out of Rodebay. With a steady hand on the wheel he brought the craft up to the rocks which sloped gently into the cold water of the bay, and then stepped out, straddling the craft and bringing it in under his own strength. We stepped out onto the rocks and surveyed our home for the next three days, the home of the Disko Arts Festival, Oqaatsut.

From its inception in 2017, the Disko Arts Festival has been a unifying force of largely circumpolar artists, coming together to collaborate, experiment, and ultimately share their energy and enthusiasm in the creation of new and interesting art.

While exploring this UNESCO World Heritage Site, you'll have many opportunities to zodiac cruise and sea kayak amongst icebergs!

The world’s most northerly festival

The very thought of taking part in one of the world’s most northerly festivals conjured up imagery of dreamy, vast landscapes: rust-coloured mountains rising high above the clouds, ancient icebergs born into the sea from silent glaciers miles away, and as we wandered around the settlement we listened closely for the low rumble of calving ice far off shore.

We settled into our home for the next few days: a pastel-blue cabin once owned by a German couple who opened the settlement’s first restaurant, now a bed and breakfast tended to by a quiet Swede named Max. A short distance away was a larger building, the schoolhouse and church which would house the majority of the festival’s sessions and performances.

We gathered later in Hotel Nordlys, which had been rented out as the base of operations and housing for the festival. Chef Árni handed us each a plastic tub and we set out, scrambling over the rock-faces in search of delicate purple and white flowers scattered about the community. Musician and actor Miké Thomsen scanned the ground with a keen eye, gently foraging the wildflowers for that evening’s salad as he gave a short lesson on Greenlandic greetings.

In the mornings, after breakfast, we walked across the rocks and over wooden pathways to the schoolhouse where the artists gathered for their pre-performance sessions. As we walked up the front steps we could hear the rhythms of their creative process emanating from within, replacing the usual sounds of prayer and school lessons for the settlement’s community of 46 people. 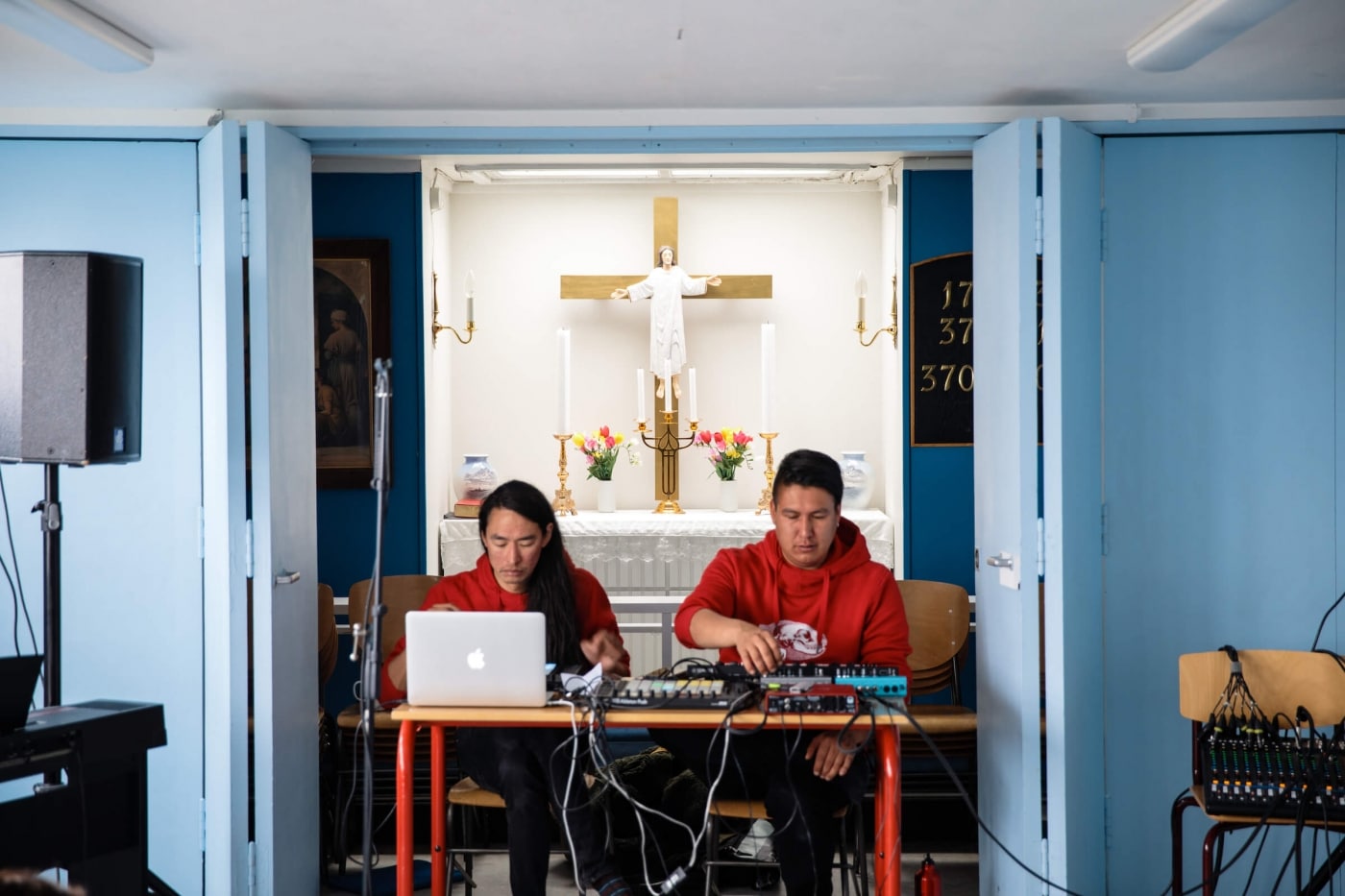 From its inception in 2017, the Disko Arts Festival has been a unifying force of largely circumpolar artists, coming together to collaborate, experiment, and ultimately share their energy and enthusiasm in the creation of new and interesting art. In its inaugural year the festival drew a crowd of not only artists, but also curious spectators who traveled from far and wide to see the most northerly arts festival in the world. Last year, festival organizers sought to make the space more intimate, and the Disko Arts Festival underwent a transformation away from exhibition, and towards a curated space for artists to workshop some of their more adventurous ideas.

We watched as three curious faces peered through one of the broken windows, the smallest two standing on their toes to catch a glimpse of the music echoing from within the abandoned building. 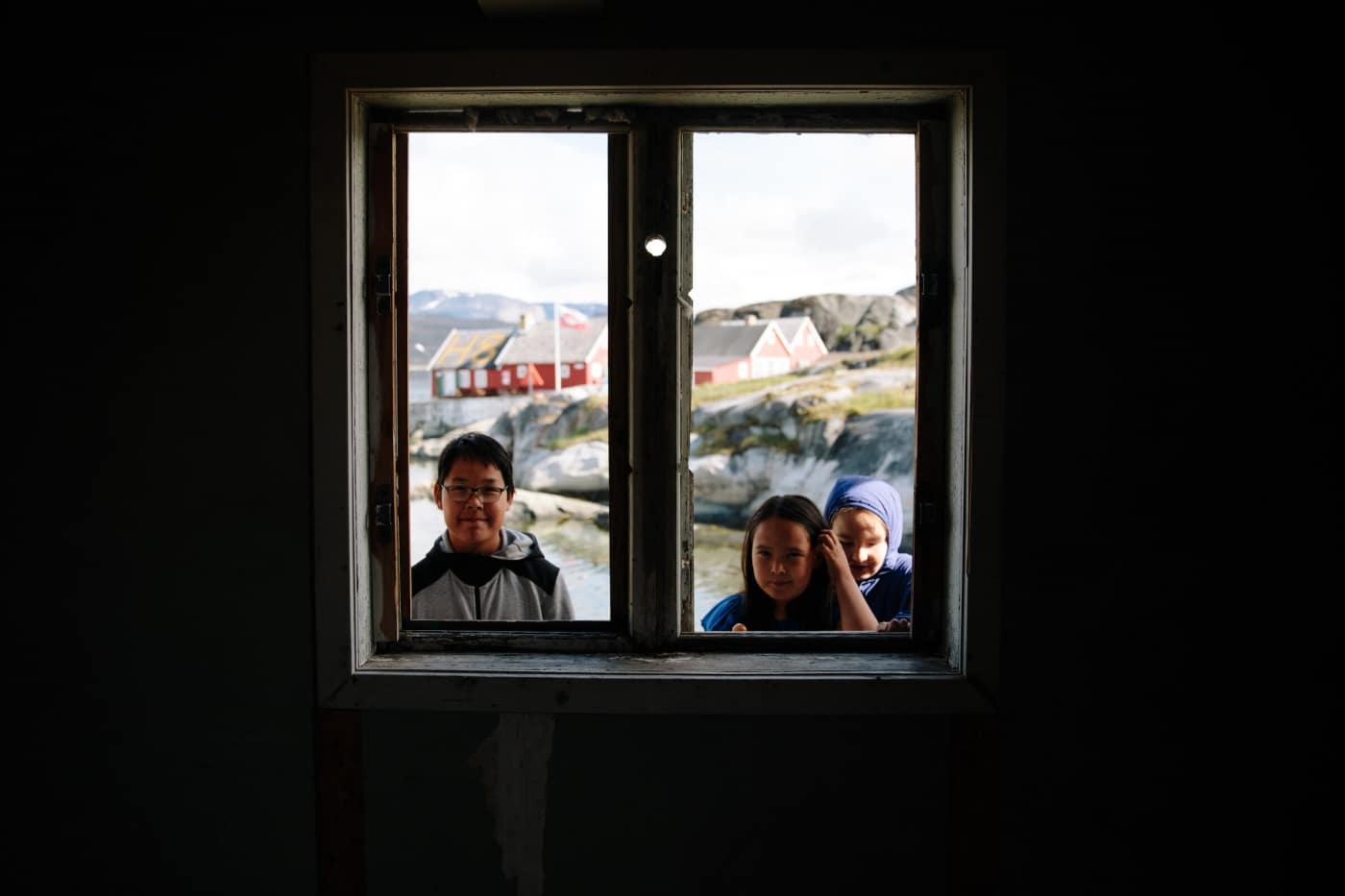 Once a post office, the old wooden structure had been transformed suddenly into a space of song and spirituality as Bjarni Frímann drew melody from an old piano he had fixed the year before. The others gathered around him, reading hymns from a songbook borrowed from the school’s library. 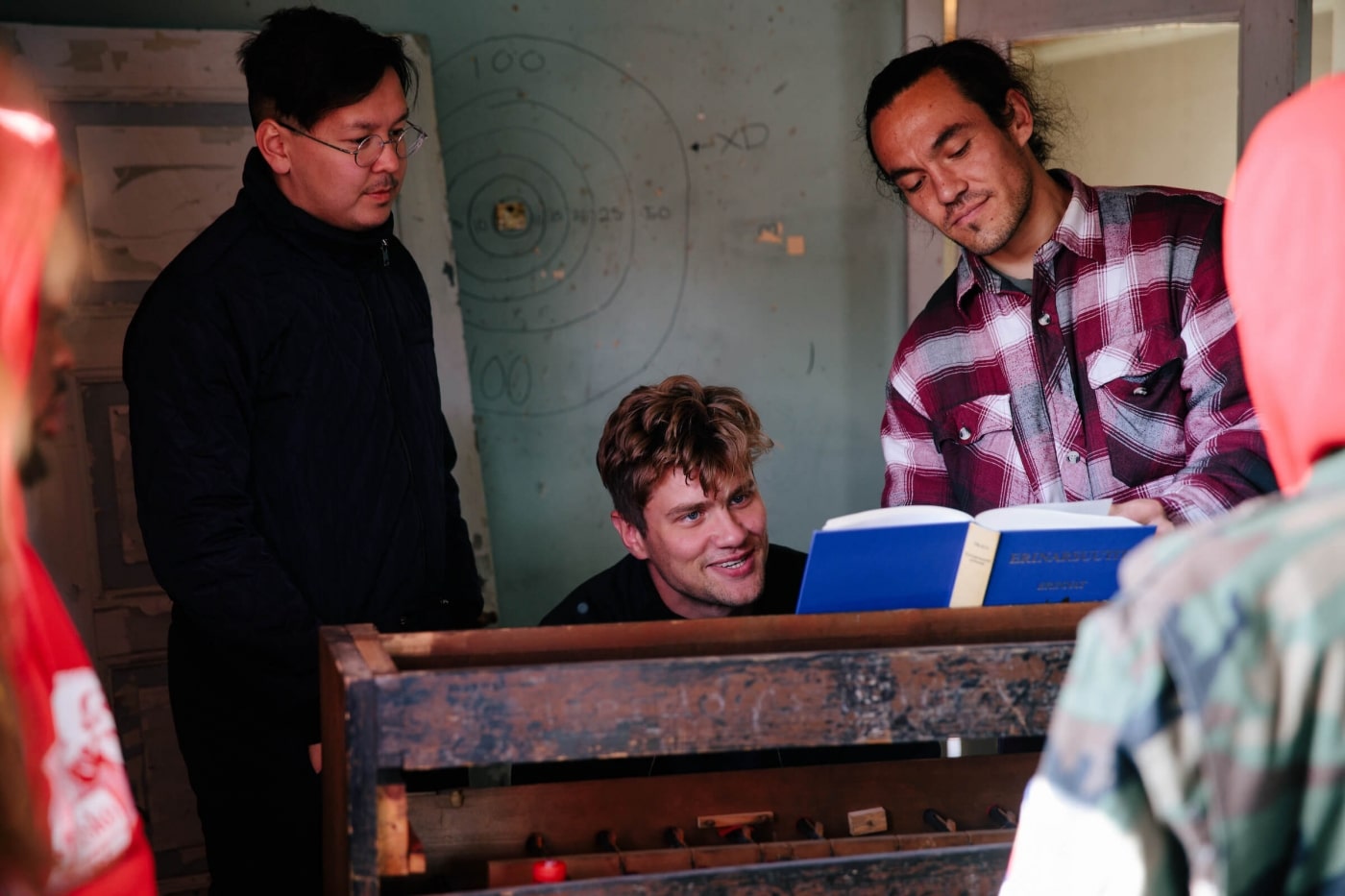 The next day we saw the same children again, this time trailing their parent’s steps up the stairs of the schoolhouse, following the same droning electronic music which pulled everyone towards the circle of performers inside. Soon the community of Oqaatsut was joined by French sailors who had anchored in the bay, and backpackers who were camping in the ravine by the festival’s outdoor stage.

As the schoolhouse crowded the performers came to life, each moving and swaying in time with the rhythms which emanated from the two DJs sitting in front of the altar. Qudus Onikeku, an artist and dancer who had made his way from Nigeria for his second Disko Arts instalment, moved to the center of the circle and began to dance. Soon after he was joined by Miké, and together they gave the already engrossing musical performance a physical presence which captivated, delighted, and challenged the room of silent spectators. 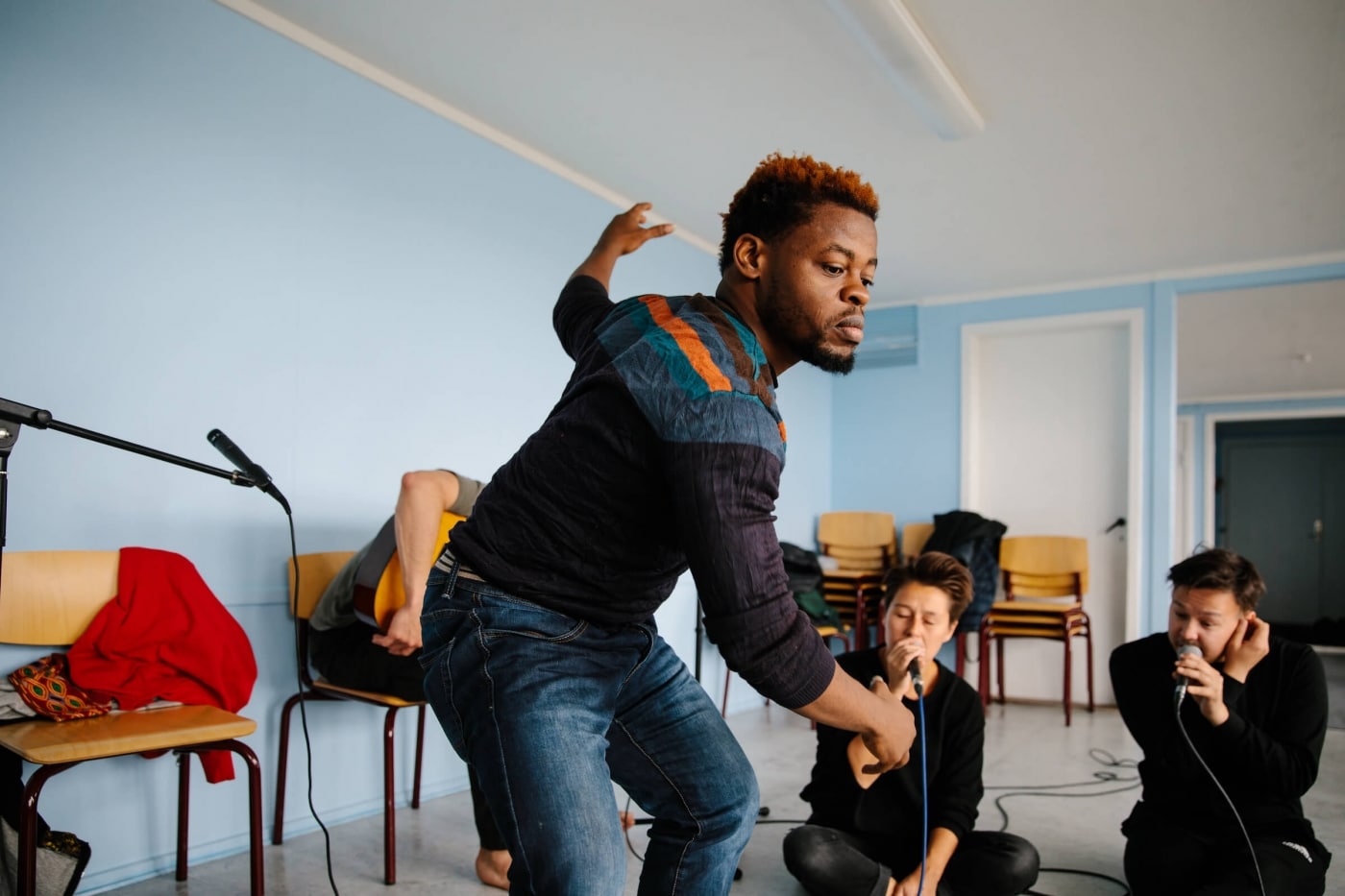 After a final performance back in Ilulissat, we walked in the half-light of a sun which had finally set. It was a quintessential fit to the thought-provoking dreamscape the artists had chosen to create for their last piece of the festival. Two weeks later, home in Newfoundland, the entire wild adventure still seemed somehow surreal. It’s a special thing to document a raw creative process – especially when the space it inhabits is in a remote settlement in the high Arctic.

This coming year’s instalment will see Sofie B. Ringstad taking the reins as the festival’s Artistic Director, with outgoing Arnbjörg María Danielsen staying on as Head of the Artistic Council. One thing is for sure: with Sofie at the helm, the Disko Arts Festival will continue to push the creative envelope and remain a unique and welcoming environment for artists and curious adventurers alike. 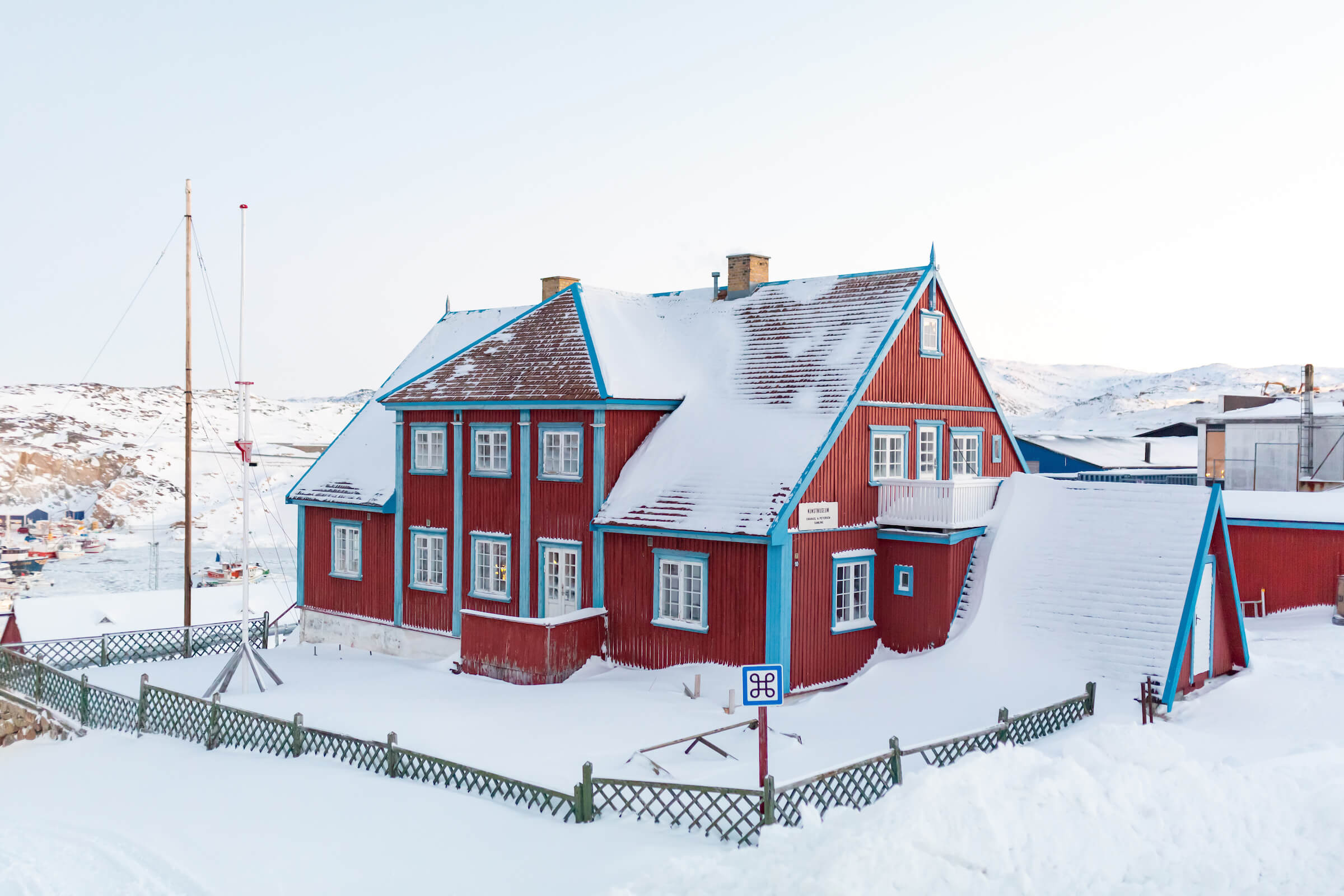 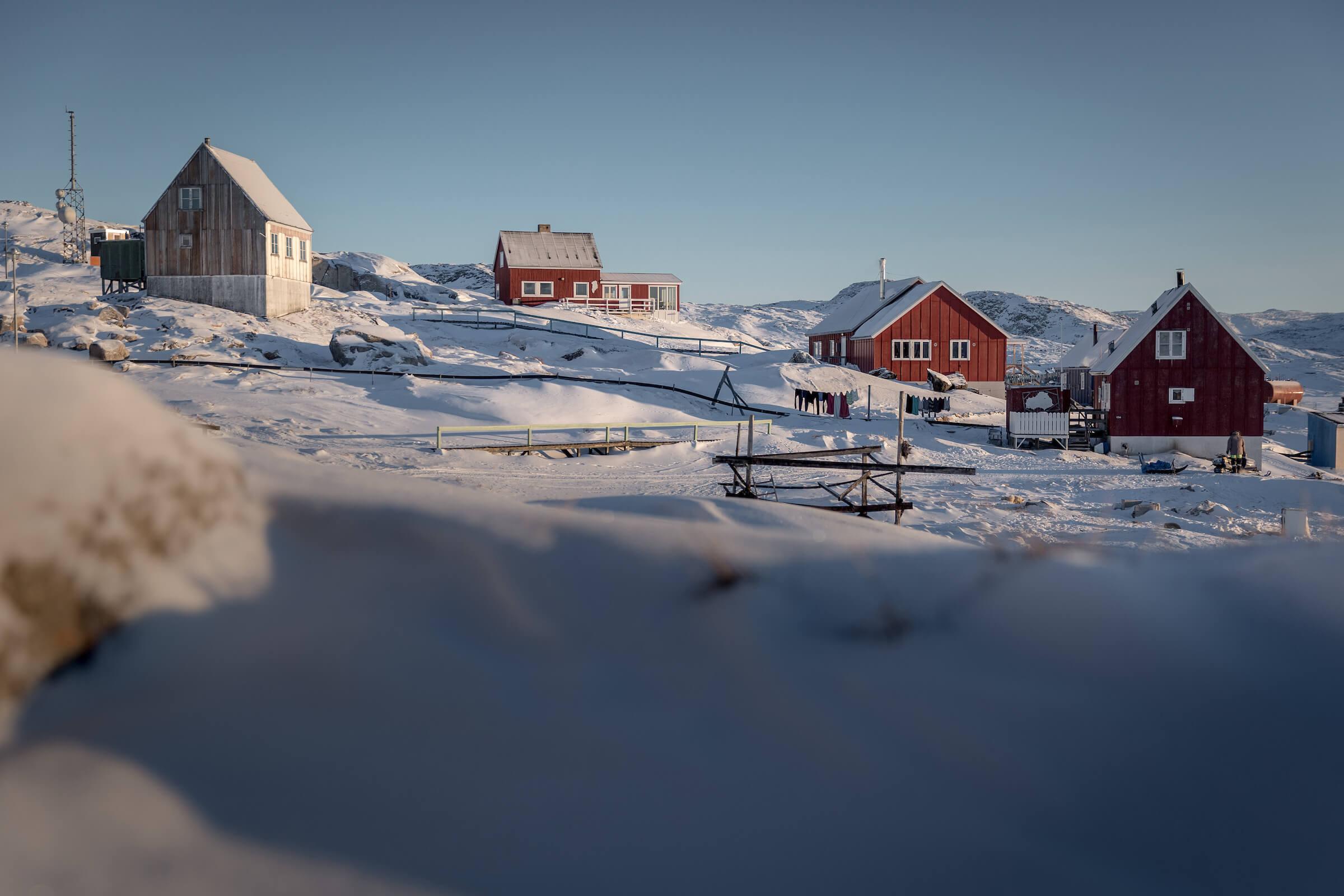 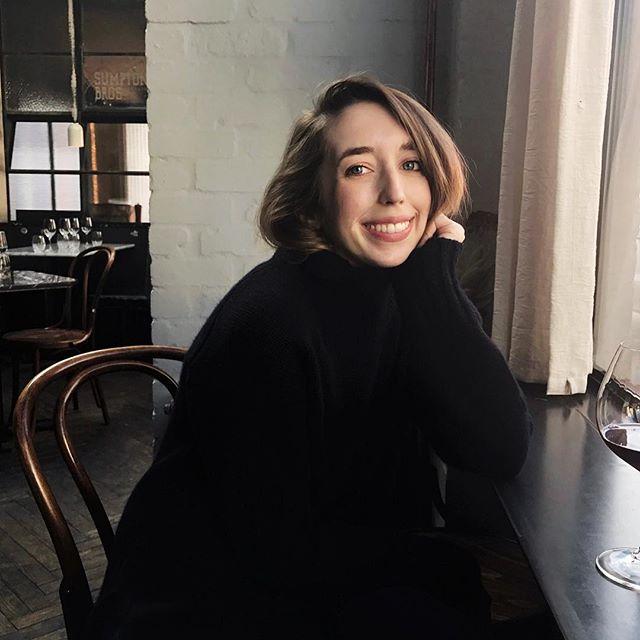 Jessie Brinkman Evans is a Newfoundland-based travel and documentary photographer. Roots in California and Australia have given her a deep appreciation for the natural world around her, most notably when it comes to documenting stories across the Arctic. Follow her at @jebrinks.